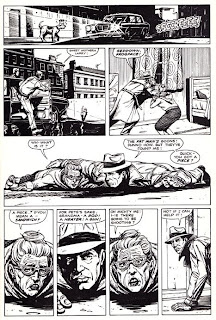 It is the tale of Francis Forbes Clunie, an escaped mental patient who believes he is a detective in the style of Humphrey Bogart.

This next page comes from The Chinese Syndrome started in 1991, with art this time by Cam Kennedy. 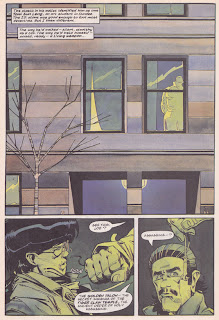 Another Bogie Man comic was The Manhattan Project, in which Clunie pours all his efforts into saving Dan Quayle from a (completely imagined) assassination plot... 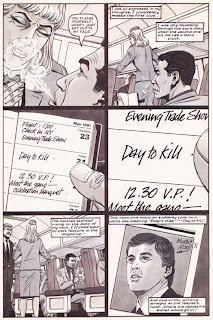 The Chinese Syndrome came around again as Chinatoon, this time drawn by Robin Smith. Interesting to see how the story was laid out differently by the artists. 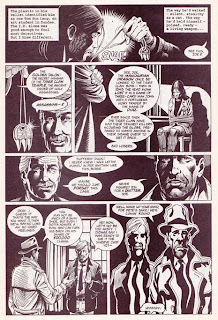 The Bogie Man is so funny and clever, it's really a crime that everyone hasn't read and enjoyed it. Especially in Scotland (although it is still the biggest selling indie comic in Scotland ever).
Posted by David Robertson at 2:33 PM