Here's what I spotted last month.

The Herald on 6th March ran an interview with Mark Millar, who is busily plugging the Kick-Ass movie... 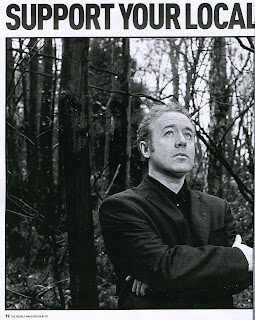 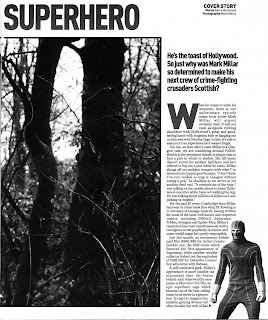 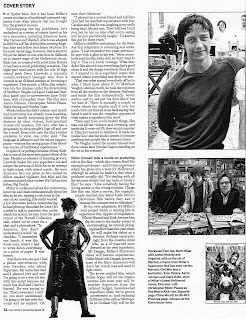 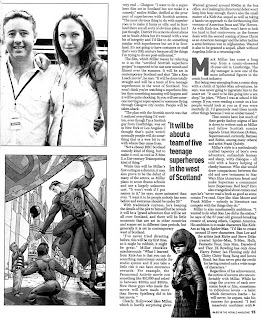 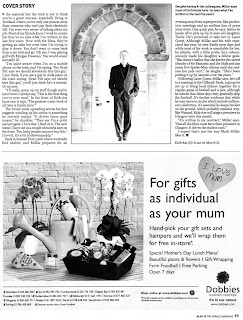 What a nice surprise on the cover of The Times Playlist magazine for 13th March - Jack Kirby greatness... 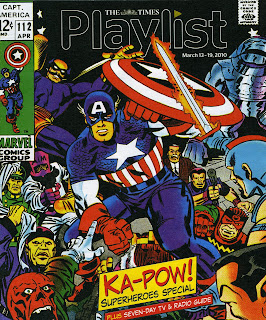 However the article had nothing to do with Kirby and was another piece on the Kick-Ass movie... 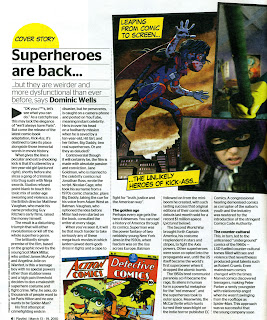 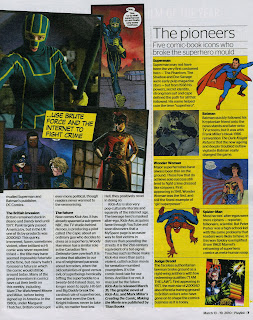 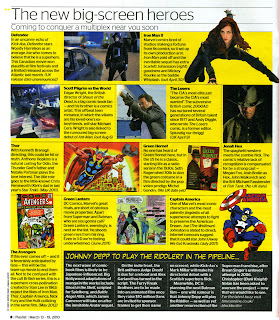 TV prankster Dom Joly fronted a show wherein he dressed up as Tin Tin and visited locations from The Black Island. The Guardian 20th March ran a review... 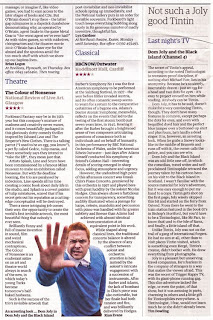 The Times 26th March on manga reflecting the social climate in Japan... 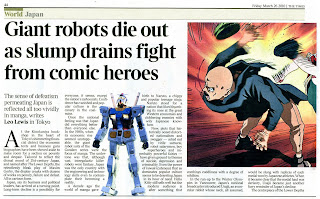 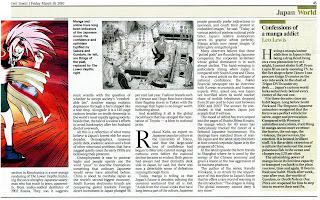 Money! The Times on how a copy of Action Comics hidden inside a magazine for half a century sold for a million pounds... 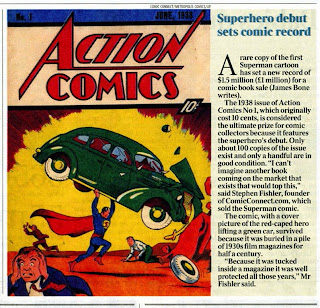 Posted by David Robertson at 2:08 PM