SCOTLAND IN COMICS 11: THE INCREDIBLE HULK

In 1975, The Hulk was trawled in Angus MacTavish’s net on Loch Fear. The fisherman in his surprise cried, “Och, mon---It is na’ possible--!” Hulk replied, “Let Hulk loose, puny human—or Hulk will smash!” Pretty soon, the Hulk had turned into Bruce Banner and gotten involved in a bizarre feud between MacTavish and a shady guy called Jaimie Macawber. In this sequence we have a castle and a kilt. 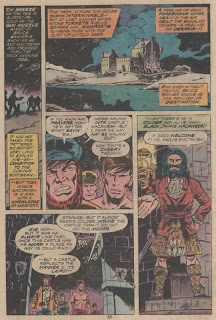 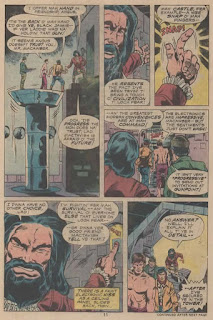 The green one was later out on the loch again with MacTavish, when their boat was cut in two. The reader is treated to the Hulk retaliating by punching the (sort of) Loch Ness Monster in the face. 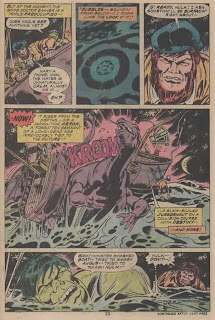 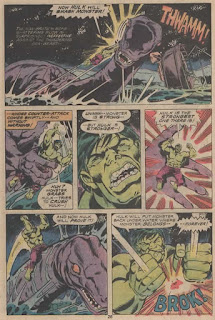 The story makes no sense, a fact that annoyed Kim Thompson. Now known for his involvement with the Comics Journal, back then he was a Hulk reader who had his letter published a few issues later. "The Lurker beneath Loch Fear!" was written by Len Wein and drawn by Herb Trimpe. It was published as The Incredible Hulk #192.
Posted by David Robertson at 3:58 PM