It’s been a good year so far regarding Alan Moore related work. Here are books and comics I’ve read concerning and/or written by Moore. 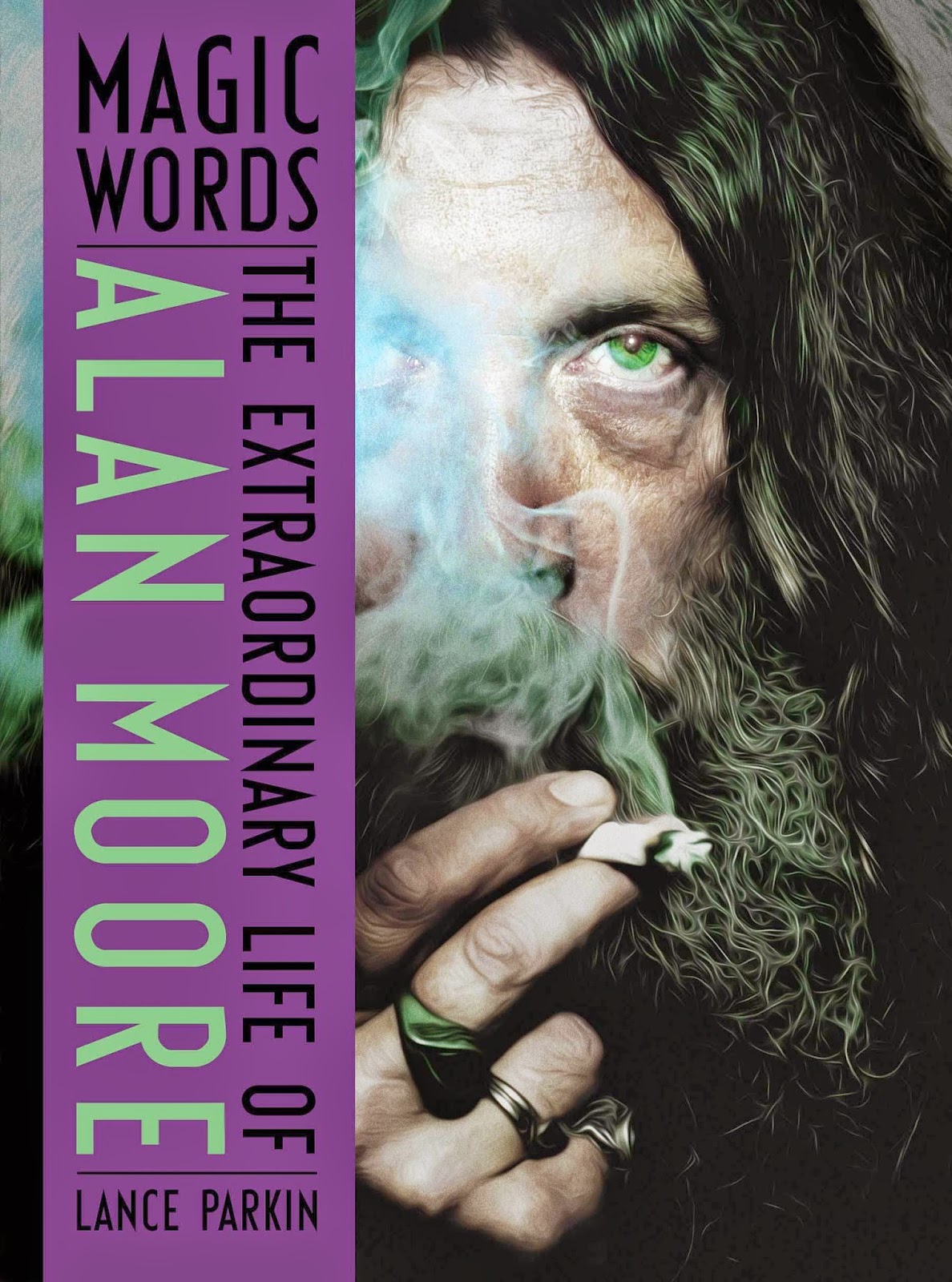 First up, I was lucky enough to be given Lance Parkin’s biography Magic Words: The Extraordinary Life of Alan Moore. It’s quite in depth and there’s loads I hadn’t seen before, including a school photo and good insight into Moore’s affiliation with and empathy for 1970s art labs. Parkin is an admirer of Moore, which came across in his previous Essential Guide, and here too. Parkin treads a delicate line between admiration and criticism though. There are many memorable passages here, because Moore seems such an uncompromising figure. For example, his continued defiantly naïve perspective on what the relationship between publisher and artist  should be, signing less than perfect deals on his ABC characters, and up to his current Top Shelf contract, which also relies on trusting that the company is made up of (by his definition) decent people. 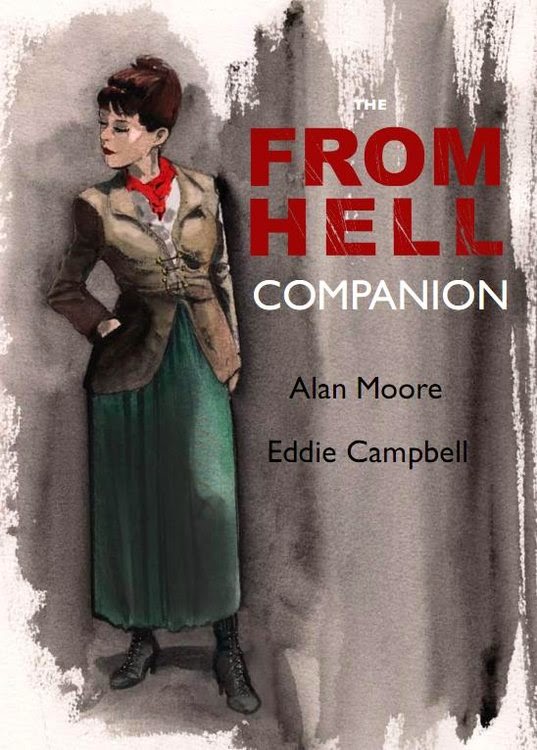 Another good read was Eddie Campbell’s From Hell Companion. I bought this book last year, read a bit and then was inspired to finish it after the Parkin biography. It presents excerpts from the script interspersed with commentary from Campbell. There is some terrific writing from Moore here. To paraphrase Campbell, the text that usually only the artist would read. What is very striking almost right from the beginning is Campbell’s confidence in what he is doing. He is in no way slavish to Moore’s script. When Moore writes of and in his own script, “None of this rambling junk is sacred”, Campbell takes that on board. Throughout we see Campbell do different layouts than suggested by Moore, who famously gives detailed instruction to artists and says that if something “would work better another way then just go ahead and do it”. This book contains the best evidence I’ve seen of the artist doing something else. Perhaps it’s because Campbell is such a strong authorial voice in his own right, with all his autobiographical and Bacchus comics behind him. Campbell’s a great writer too, with a hilarious family table story concerning “Annie and Eddy”. This book was terrific, and gives an insight into the two talented men who made From Hell. 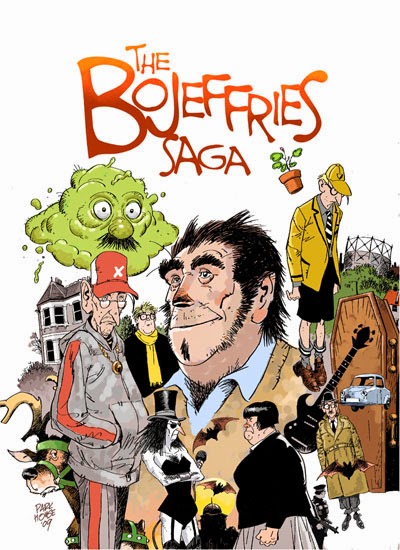 The collected BoJeffries Saga has finally appeared. This started back in the 1980s as instalments in Warrior. The art by Steve Parkhouse is very good. His style is perfect for this story; it’s homely, caricaturesque, and slightly skewed and bizarre. Over thirty plus years the BoJeffries stories have been published under various houses, and Parkhouse’s convention of signing with a year attached is slightly distracting, but easily ignored. For example the first chapter is Parkhouse, 85, the second Parkhouse 82, etc. Parkhouse’s introduction is a bit sad, with his statement that “at some point in my career I had forgotten what it was like to have fun with drawing”, which is a shame for him. But certainly in these stories, possibly inspired by the fact that “the end result has always made me laugh”, his artwork is lively and full of fun. 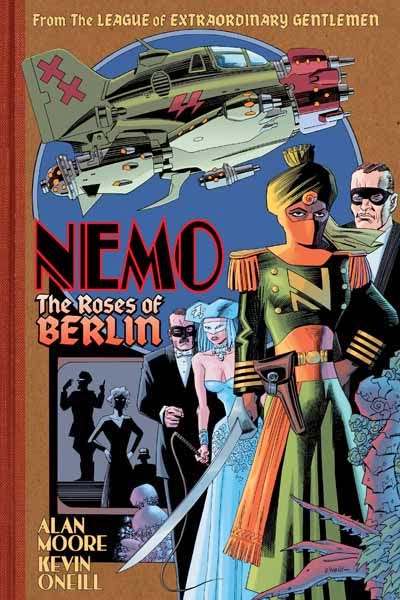 Finally I’ve read the latest League of Extraordinary Gentlemen spin off Nemo: Roses of Berlin. Boy, It’s a delight to see these come around periodically. The fantastic cityscapes and mention of Rotwang clued me in to the fact that we are in Metropolis land here. Very exciting to see the False Maria robot as I love that movie so much (and yes, it’s the 1980s edit that I like, with the Giorgio Moroder soundtrack featuring Jon Anderson, Adam Ant, etc). I won’t comment on the ending, but suffice to say, one should not mess with Captain Nemo. A very enjoyable comic, but can we get Kevin O’Neill cloned? Because I miss Marshal Law.

I’m now looking forward to the third Nemo comic, the fourth League of Extraordinary Gentlemen, and the sequel to Neonomicon. And I still haven’t read Fashion Beast yet!

PS. Check out Moore’s interesting history of comics from the “Occupy Comics” series. Well worth a read.
Posted by David Robertson at 12:37 PM