My upcoming comic is called Mount a Rescue.

A title I like the sound of, should it really be "Mount a rescue... mission"? Is it a mispronunciation of Mountain rescue? In any case, when it came to thinking about what to put on the cover, I had to consider the fact that last year I put out But a Dream!, which has a mountaineer on the cover.

So that was out. I decided after a while on pulling four images from the stories inside, maybe a bit like the style of the Kirby painting I did. 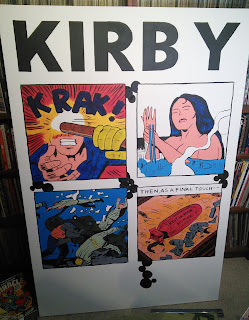 Then I thought about those movie posters with a plethora of characters for the likes of Star Wars: The Force Awakens, and the Marvel superhero films. I was always amazed they make movie posters that look like 1990s Marvel comics. 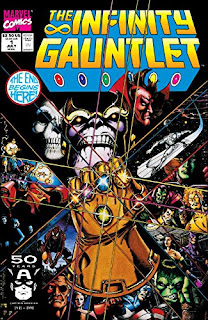 So I decided to do something in the style of those for Mount a Rescue's cover.

Here are the pencils, completed today. 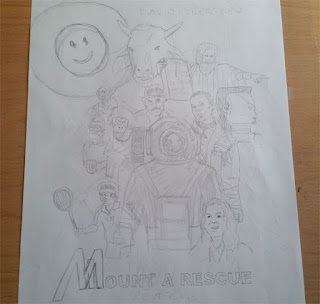 Posted by David Robertson at 5:23 AM

Email ThisBlogThis!Share to TwitterShare to FacebookShare to Pinterest
Labels: But a Dream!, Infinity Gauntlet, jack kirby, Mount a Rescue