Here are some interesting bits from the press for the past month. Click on the images for larger views. 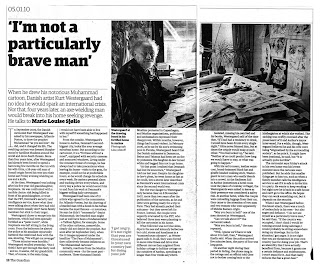 Cartoonist Kurt Wastergaard managed to get worldwide mainstream attention for himself by drawing pictures of the prophet Muhammad four years ago. Someone broke into his house to kill him while he was babysitting his granddaughter, so The Guardian published the above interview with him on 5th January. 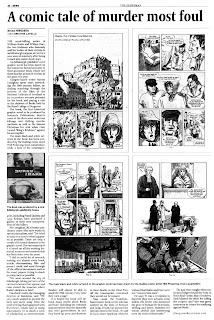 Insomnia Publications are putting out a new comic based on Burke and Hare. It is written by Martin Conaghan and drawn by Will Pickering. This article is from The Scotsman dated 14th January. 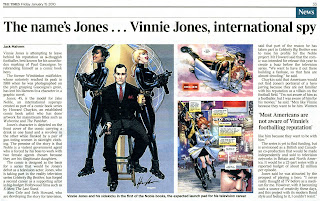 In The Times dated 15th January, Jack Malvern writes about a new comic being put together as part of a sales package in order to get a TV series starring Vinnie Jones made. They've managed to get Howard Chaykin involved. 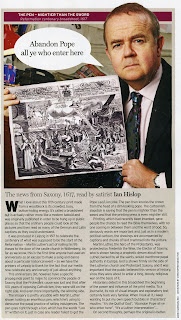 Drawn Out and Painted Pink is an exhibition of gay cartoons showing now at the Drill Hall in London. This feature is from The Times 27th January.

Lastly, a sad end to the month. Bill Ritchie died. He's well known for Baby Crockett from The Beezer. He had a lovely fun style. Here is the notice from The Courier dated 28th February.
Posted by David Robertson at 11:59 AM