A COLLABORATIVE DUMP at GRAPHIXIA 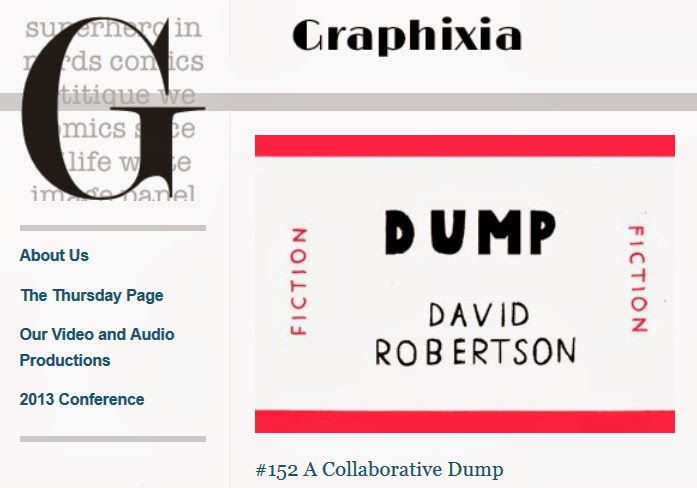 Damon Herd, who drew the story "Why I Vote" in Dump #2, has written on our collaboration over at Graphixia.

"For this week’s post I’d like to give a little insight into a collaboration process that I have gone through recently. My first comics collaboration happened when I was about 8 years old. A pal and I created a strip that was a rip-off of Danger Mouse. We didn’t do anything with it, I don’t think we even finished it. It was just a way to pass some time doing something we both enjoyed.

It was 30 years before I collaborated on another comic, while I was studying for my MA illustration. One of the projects involved teaming up with a writer from Edinburgh University’s creative writing MA. We were paired at random but ‘my’ writer, Chris Lindores, was also into comics. We decided that I would illustrate an existing poem of Chris’s and we met a few times to discuss the adaptation. Although the poem was based on real events – my love of autobiographical comics showing through! – there was a shared liking for Batman so that somehow crept in. Looking back the strip is OK, if a little literal, too much show AND tell going on.

At the end of last year another opportunity for collaboration came up when my friend, the cartoonist David Robertson, asked me if I would like to contribute a one page strip to the next issue of his comic Dump. Much like myself, David is quite content to be producing his own comics purely for the sake of making comics. This isn’t a get rich quick scheme or the first step in a career in the movies, this is making comics for the love of comics. With a day job and family to occupy most of his time David manages to produce strips whenever he gets a spare moment, and gradually the stories build up until he has enough material to publish a book. His comics are refreshingly uncynical and have a wry sense of humour. Whenever I host a DeeCAP comics performance event in Dundee I always ask David to contribute, as this humour comes through in his deadpan delivery, and he knows how to work an audience. 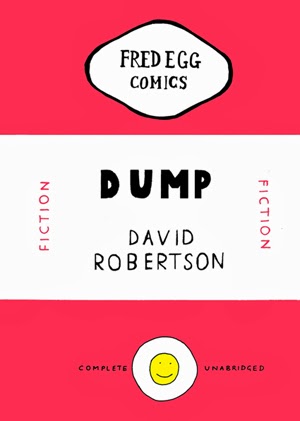 Dump serialises David’s ongoing strip Dump, which details the adventures of Bert, the main character from David’s webcomic, Berserkotron, who now works at the local rubbish tip. The book also acts as a repository (or dump) for David’s other strips, including One Day at Space Wizard Central (a highlight at a previous DeeCAP) and History of E-mail and the Internet. For the latest issue he decided to collaborate with artists Neil Paterson, Keara Stewart, Donna Law, and Stephen Boyd, as well as myself, on five one page strips. David wrote the scripts and we produced the art, apart from Stephen’s strip, where David wrote the story to fit existing artwork.

David actually gave the artists a choice on whether they wanted to write and draw their own strips but everyone decided to illustrate David’s scripts. Typical of us lazy artists! But we should be careful what we wish for. When the script arrived it wasn’t what I was expecting. I thought it would be all text, dialogue with descriptions of the scenes, but what turned up was a fully sketched out page with thumbnailed panel layouts and dialogue. I joked that David was ‘no Stan Lee’ because he had supplied such detailed scripts, no Marvel method here! At first I didn’t think this left much room for collaboration, David had asserted what Scott called his ‘textual authority’ but as I read through the script I realised that there were certain things I could bring to the page.

David’s script was set out on a strict 12-panel grid and I felt that the flow of the page could be improved slightly. I wanted to contain on one row the sequence of three panels that occurs in one character’s head. This meant rejigging the other panels on the page, I had to expand the previous two panels to fill a row and lose a panel on the final tier. This seemed to work as I could still put all the remaining dialogue in the final three panels, or so I thought (more on that in a moment). So, while the underlying grid was still 12 panels, I had managed to tell the same story in 11 panels. As the scene was basically two people talking in an office I used Wally Wood’s 22 Panels That Always Work, to help with a few panels (you might notice the ones I swiped). 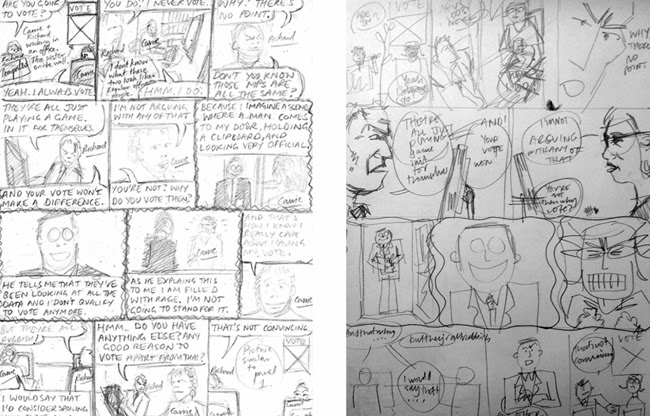 I sent David a rough sketch of my layout and he remarked that he liked the two panel ‘Smith and Jones’ row but was worried that I wasn’t using all the dialogue. I assured him that I would but had only scribbled a few lines on the layout sketch for speed. Turns out he was right to worry. I sent him the finished scan just before Christmas (I think he was tapping his feet waiting on me so he could send the finished book to the printers). A copy of the freshly printed comic dropped through my letterbox soon after the New Year and I was very pleased to see how it turned out.

I met up with David last week and we discussed how the process had gone. He had been really pleased with how each cartoonist had approached his scripts, a couple of us had moved a few panels around but the strips still presented David’s stories. Then he pointed out something missing from my finished strip – half the dialogue in the final three panels! Apparently the scan he sent me was incomplete so I never received the text, however the strip still made sense so I never noticed. David had wondered if he should ask me to redo the strip, but agreed that it still made sense even if it wasn’t exactly what he had intended. Also, the repositioning that I did to his panels would not have worked as well if I had tried to squeeze in the missing dialogue.

I think that is the joy of a collaboration, things don’t quite turn out the way you planned them. Another person’s interpretation of the same problem will likely generate different results from your own, and hopefully the input from two people creates something that neither of you would have produced on your own. It is like the ‘mathematics’ of comics, words + images = something much more than just a simple combination of the two."
Posted by David Robertson at 3:36 PM