This is the fourth in a series of guest posts I'm running over the summer. I asked folk to write on any topic at any length - as long as it's comics related. Next up is Damon Herd...

In 1992 I was majorly getting into North American independent comics, Los Bros Hernandez, Dan Clowes, Dennis Eichorn, Fiona Smyth, Mary Fleener, Roberta Gregory and many others were putting out great comics that I would snap up. If it was on Fantagraphics, Drawn & Quarterly or Vortex it would be in my bag when I left the shop. This all started around 1989 when I discovered a copy of Dan Clowes’ Lloyd Llewellyn Special in a box in a comics shop in Battersea. I had no idea what to make of it but quickly decided it was the best thing ever. Clowes jagged art and 1950s beatnik inspired detective was a revelation.

Around the same time I was given a few copies of Peter Bagge’s Neat Stuff, again I was dazzled. It was like reading some warped profane version of Looney Tunes cartoons, but Studs Kirby, Girly Girl and The Bradleys became must reads. I was now a big fan of Bagge’s twisted world. Both Lloyd Llewellyn and Neat Stuff came to an end just as I discovered them, but  Clowes’ and Bagge’s next comics, Eightball and Hate would make them ‘90s comics stars. They even went on a promotional tour together in 1993, the Hateball tour, I wish I’d seen that! 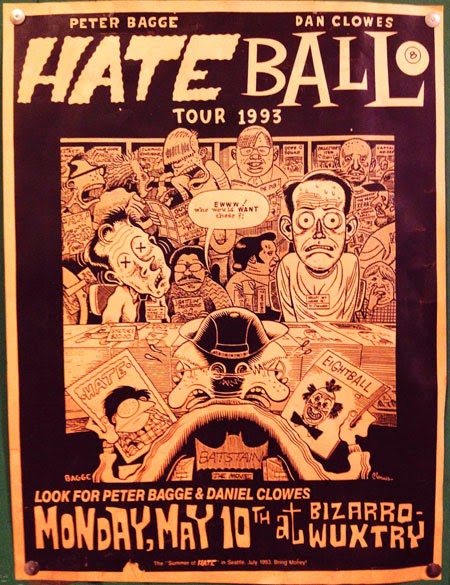 Up until then I had mainly been reading British comics, I read 2000AD as a teenager. Comics were still in the bubble caused by the successes of Watchmen, Maus and The Dark Knight Returns, but it was starting to deflate. Alan Moore’s Big Numbers had ground to a halt in 1990, and 2000AD’s publishers Fleetway had tried and failed to launch several new titles including Revolver and Crisis, both of which ended in 1991.

One comic that seemed to be bucking the trend was Deadline, launched in 1988 by two 2000AD alumni Steve Dillon and Brett Ewins. The success of Deadline had been one of the inspirations behind the launch of Crisis. One of the great things about Deadline was that it tapped into the small press comics scene and helped to launch that talent to a wider audience. Jamie Hewlett and Alan Martin’s Tank Girl was huge news, and the very poor Hollywood film version was still a few years away. 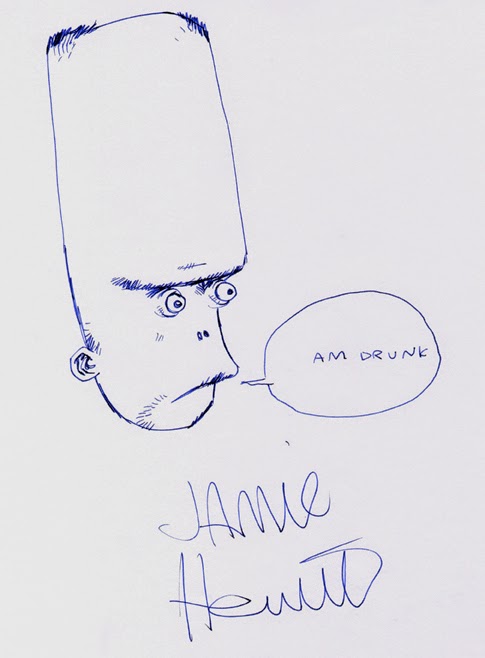 Although attracted by the ex-2000AD contributing editors and the punky attitude of Tank Girl, I quickly realised that there were many other gems to be found in Deadline’s pages. A favourite still is Hugo Tate by Nick Abadzis, and other strips I loved included Philip Bond’s Wired World and Timulo by  D'Israeli D'Emon Draughtsman (Matt Brooker). I’d been reading Deadline since it launched but by 1992 my interest had waned in favour of these new American comics. Deadline must have seen the writing on the wall though as they began serialising Xaime Hernandez’ Love & Rockets story The Death of Speedy. 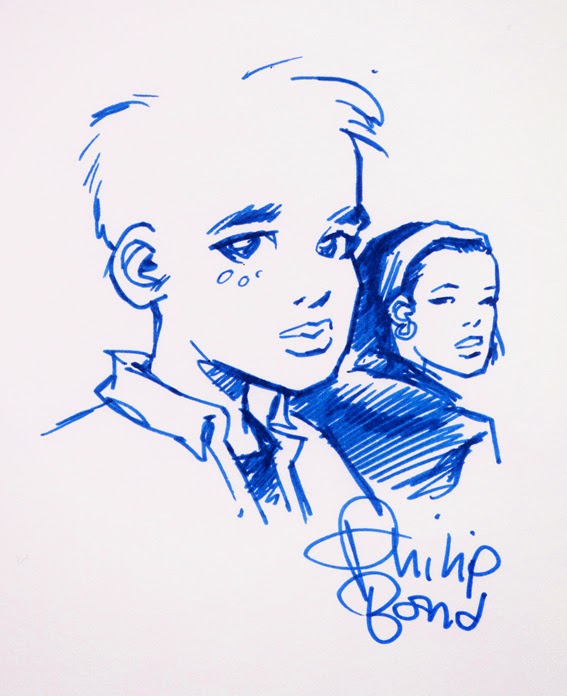 In March 1992 my two comics worlds came together in the 3rd annual GlasCAC (Glasgow Comic Art Convention). Many of the Deadline crew were attending as part of a promotional Mini-Tour. But the bigger news for me was the appearance of Peter Bagge promoting Hate. I don’t really remember meeting the Deadline folks but I did manage to get drawings by Philip Bond and Jamie Hewlett in my sketchbook. My main target though, was Bagge. 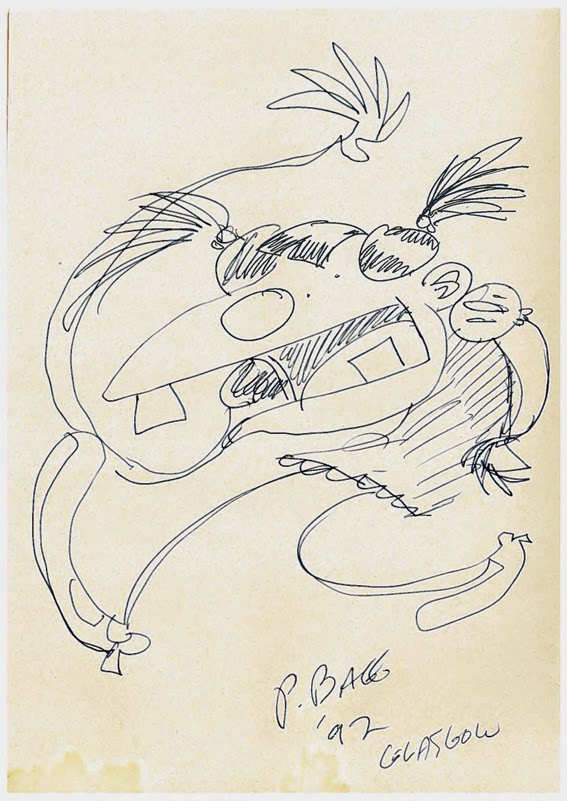 I was pretty shy and the convention as a whole was a weird experience. It was mostly superhero creators that were there and I had no interest in them, so I felt a bit like an outsider at an outsiders’ convention. I found Peter sitting at a table in a quiet room but took a while to muster up the courage to talk to him, I was in awe. He was there with his wife Joanne and they were both the absolute sweetest folks. We chatted a little about comics and about how their trip was going and they put me at ease. I felt a bit weird asking for a sketch, asking an artist for free work always seems strange but it’s accepted at conventions apparently. Peter obliged though and drew me a quick sketch of Girly Girl. I don’t have the drawing today though, I immediately gave it to the friend who introduced me to Neat Stuff.
Posted by David Robertson at 3:35 PM