This is the second in a series of guest posts I'm going to run over the summer. I asked folk to write on any topic at any length - as long as it's comics related. Next up is David Wright...

My eldest brother Leslie had started getting 2000AD from its release.  My brother Allan was reading the Beano (which I would borrow) and shortly after that started to get my own comic - The Nutty, which was the home to Bananaman.
Alongside all of this though the 3 Wright Brothers had been introduced to American Comics thanks to a collection previously owned by my Uncle John.  Now these were reprints of Marvel titles under the banners of Fantastic and Terrific and so began my connection with Superhero comics specifically.
Throughout the 80s my relationship with comic books grew through picking up "holiday packs" of DC Comics from newstands when on family holidays.  These would be where I'd learn of such superhero teams as the Legion Of Superheroes and All Star Squadron and also get to know about titles like Camelot 3000.  The DC titles stretched my imagination yet further and this overlapped into my tabletop gaming hobby when Mayfair Games released their DC Heroes RPG in 1985.  I think I got the Marvel RPG around the same time but it's less clear. 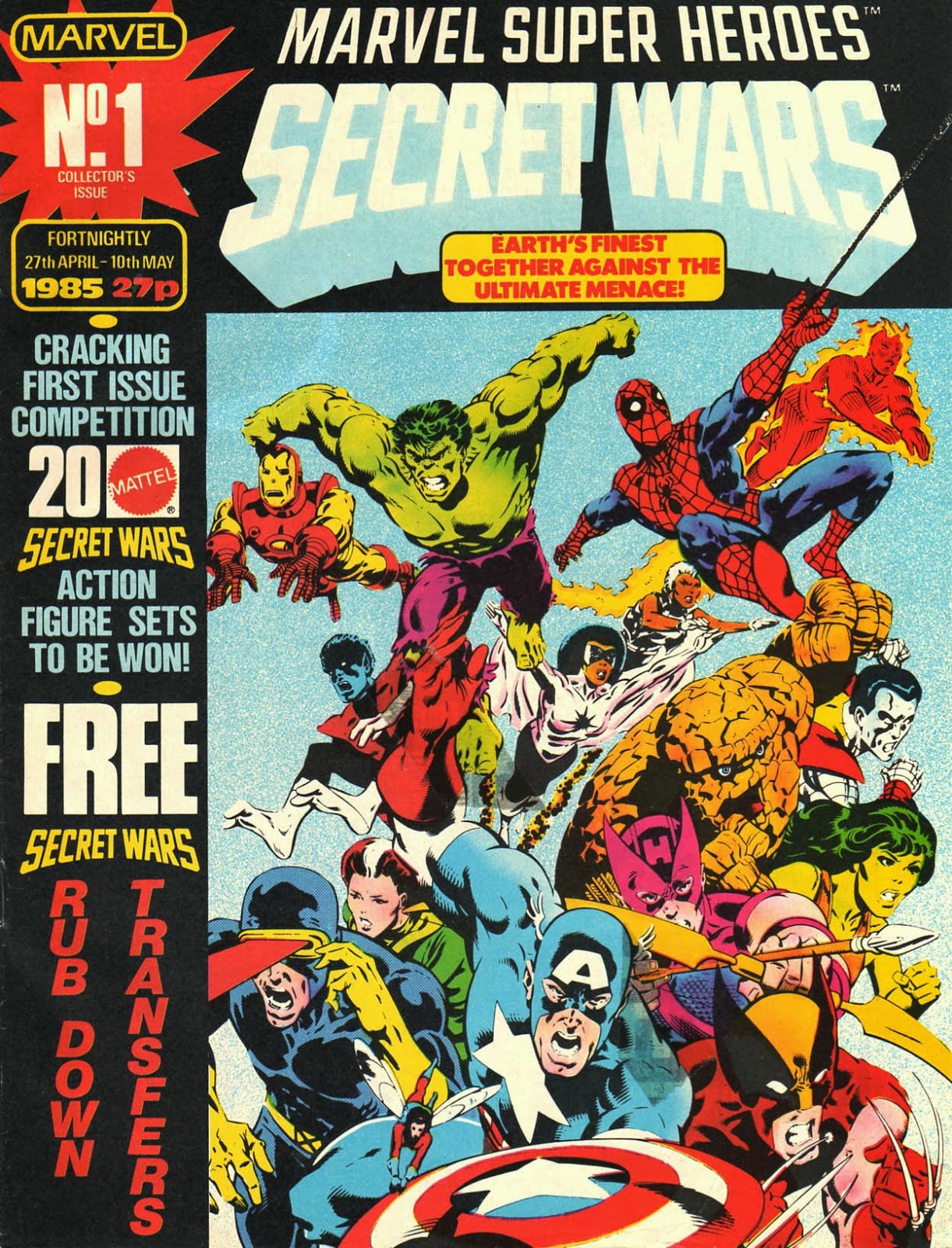 Anyway it was in the late to mid 80s that my comic book reading really started to kick off and a lot of it was Marvel based.  I think some of that was due to the Secret Wars storyline that was being printed in magazine sized format comics in the UK.  I had all of them and from there I was able to determine the books that I wanted to read.
Amazing Spider-man was one such title and in particular the emergence of Todd McFarlane's re-imagined webhead in 1988 was for me so refreshing that for the first time I was bagging and boarding my books.  Up til then comics had been consumable, now they were to be treasured and to a certain extent to be collected.  I had been buying Amazing Spider-man prior to McFarlane's first appearance on the title but it was only once 298, 299 and then 300 hit the shelves that I really got into the title.
This development of my interest in comics continued to grow through those hey days of the Pre-Image crew working on flagship Marvel titles with Jim Lee slowly becoming my favourite artist of that time and indeed he remains one of my favourite artists to this day.
My comic book interest during the 90s peaked along with my spending on comics.  Lots of Image (Spawn, WildCATS and others) and Dark Horse (specifically Star Wars) titles with the ever present Peter David on Incredible Hulk and a variety of other titles.  Nothing really stands out from that time other than the Incredible Hulk run that Peter did.  The early 90s also saw the creation of the Glasgow Comic Art Convention (GlasCAC) which enabled my younger self to meet some seriously famous comic book creators including Peter David, Charles Vess, Bryan Talbot and Alan Grant.
It was also during the 90s though and into the early 2000s that my interest started to wane.  This was at the same time as my gaming hobby hitting a complete lull and "real life" really taking a grip on me.  Whilst this only lasted a couple of years (thankfully) I'd say that my comic book interest really only started to restart again through the discovery of 3 books - 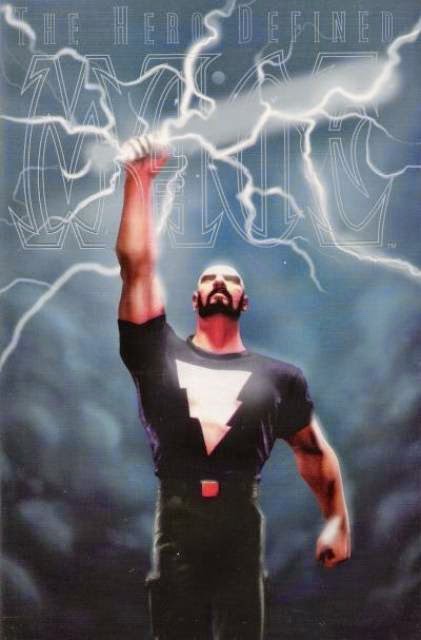 Mage: The Hero Defined.  Matt Wagner is perhaps my favourite writer/artist and his creation of Kevin Matchstick is fabulous.  I've consistently recommended this title to people over the years and I will continue to do so.
Queen & Country - Greg Rucka's spy series of comics which blew my mind.  It was the first non-superhero comic that when I read it I knew I had to have all of it.
Atomic Robo - Easily my favourite comic for light hearted ACTION SCIENCE fun.
There have been other comics such as Pride Of Bagdhad and a number of the iconic Batman books but these 3 titles (none of which are DC / Marvel in case you hadn't noticed) are without question the comics that have helped define my interest.
So why then do I find myself uninterested in reading comic books? 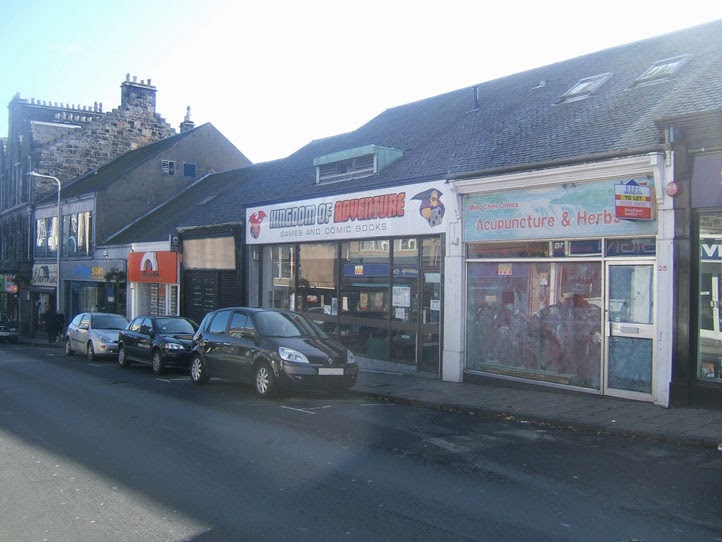 As with my tabletop gaming hobby, my interest in comic books suffered when my games & comic shop "Kingdom Of Adventure" closed down just over 2 years ago.  It wasn't just as a result of the closing of the shop though, it was more (I think) in part down to my associating the comic books to sales and seeing them pretty much as products and commodities that if I didn't sell I didn't make money.
I'd extend that a little by saying that the ordering process and reliability of the deliveries was painful.  Diamond Comics have a monopoly over the distribution of comic books.  This has its benefits as it's just 1 distributor to deal with whereas in the tabletop gaming space I had 5 regular distributors and another 5 or so secondary ones.
It also however means that you end up not getting stuff if your order levels are low.  Essentially a pecking order exists.  With hindsight I should have looked at other options for distribution, e.g some of the bigger retailers offer a "sub" service where you buy through them which actually makes it more likely you get what you order but also takes a slice out of your margin.
The struggle I have now is finding something that actually interests me.  I'm expecting that through my purchase of the Atomic Robo RPG that I might be drawn back to reading the Atomic Robo comics and who knows maybe some other stuff too.  I've tried to read stuff over the past 2 years but they end up being half read or in some cases sit on the shelf untouched...
I'm sorry to say that right now I'm not interested in reading comics.  It's something that gnaws away at my core in many respects but that is offset by my recent recapture of my tabletop gaming hobby (chronicled on a2ndchapter.blogspot.co.uk if you're interested).  Who knows, maybe I just need to find the right book?
Posted by David Robertson at 12:13 PM