THIS IS A RICH YEAR FOR COMICS


This is the first in a series of guest posts I'm going to run over the summer. I asked folk to write on any topic at any length - as long as it's comics related. First up is Keara Stewart...

When David Robertson asked if I'd like to write a blog piece for Fred Egg Comics, I had various ideas of what I could focus on. There's so much out there - comics and graphic novels that I've read recently, comics and zines I want to make, ideas for a mini anthology and the comics community in general. But this isn't an essay, so I've decided to talk about what I'm passionate about right now and things I'm excited about in the near future...

At the British Library on Friday 23rd May, I saw a showcase of six amazing creators short listed for Myriad's First Graphic Novel Competition. Each of the creators gave a short reading from their entries to the audience, which was a real treat. My friend and Competition Judge, Andy Oliver, wrote a great write-up over at Broken Frontier, here. I was so pleased to see some of my friends up there, including the hugely talented Henny Beaumont - A Hole in the Heart and Wallis Eates - Mumoirs, both of whom I first met at Laydeez do Comics. More on LDC later! 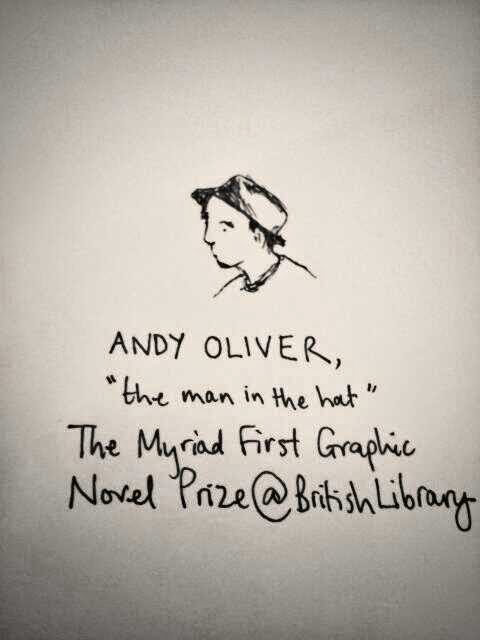 The next morning, I jumped on a train in the early hours to attend Graphic Brighton. With less than three hours sleep, I was running on little energy, but it just goes to show how excited I am to lap up the wealth of comics offerings out there at the moment! Graphic Brighton was made up of engaging presentations and workshops, including the awesome Hannah Berry's 'Making characters count' workshop. One of the most interesting points I took from the workshop was about reader empathy. As Hannah said, 'all audiences can relate to struggle', whether that is struggling for a need or desire, a struggle with change or loss, or struggling against something. Food for thought as I create characters, whether based on reality, or fictionalised. The day ended with a panel, chaired by Alex Fitch, which discussed 'What makes a good graphic novel?'. Some interesting answers from the panel included:

'The best graphic novels are not just fiction, but they say something           personal.'
David Lloyd

'Words and pictures working together. And a voice'.
Corinne Pearlman

'Challenge the reader about the assumptions they make'.
Nicola Streeten.

Nicola certainly achieved this in her graphic novel Billy, Me & You, which, as one of the first graphic novels I ever read is still at the top of my list of inspiring and thought provoking books. 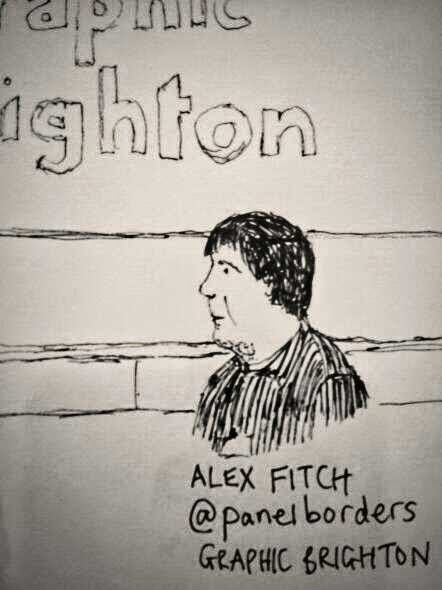 My attempt at drawing Alex Fitch,
chairing the panel at Graphic Brighton

The major comics event in London right now, is obviously the Comics Unmasked exhibition currently showing at The British Library. One of my personal highlights of the exhibition has to be the recognition of Laydeez do Comics by the exhibition's Curators:

'Women creators have always been in the minority in British Comics, but many have played key roles in their development... Today more women are           creating comics than ever before, supported by groups like the national           network Laydeez do Comics.'

There is a short break for Laydeez do Comics at the moment. But it will be worth the wait, as this summer, a very special event will be taking place... On Tuesday 1st July 2014 at the new Foyles building, I will be one of many celebrating  five years of Laydeez do Comics! LDC


organisers from around the globe will 'contribute to a stimulating and fun evening of ideas and discussion, offering an international and national representation of how women are involved in the comics community'. 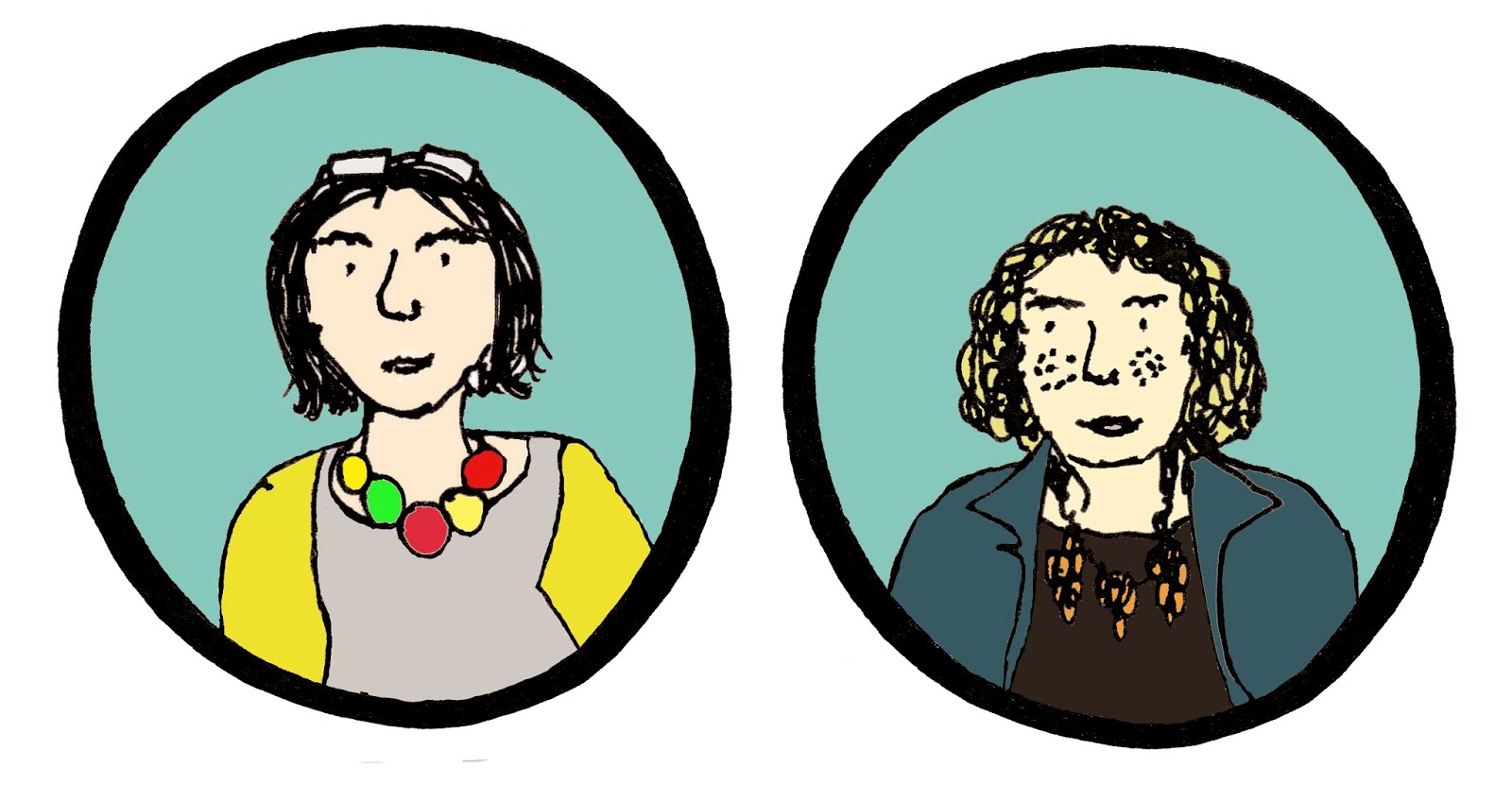 My drawings of Nicola Streeten and Sarah Lightman, Laydeez do Comics

My main comics interest lies in personal stories, medicine, physical and mental health. Some of the graphic novels in this genre that are soon to be published, that I'm incredibly excited about include:

On Saturday 7th June, I've been invited to Manchester by my dear friend, Ravi, to see the performance of 'HOAX: My Lonely Heart', followed by the launch of the Graphic Novel 'HOAX Psychosis Blues'. Written by Ravi Thornton and illustrated by an array of unique creators including Karrie Fransman, Julian Hanshaw and Bryan Talbot, it is, in the words of Andy Oliver, 'the ultimate expression of the graphic memoir’s unique power to share and communicate personal experience. A hauntingly beautiful masterpiece'. The whole evening is no doubt going to be a particularly special experience.

A great list (that many people will have seen) of comics already out there to read on understanding mental illness can be found here.

Some other favourite graphic novels that I champion whenever I get the chance are:
Katie Green - Lighter than my shadow
Tom Hart - Rosalie Lightning
Ross Mackintosh - Seeds
Michel Rabagliati - The Song of Roland
David Small - Stitches
Judith Vanistendael -  When David Lost his voice

I could write a lot more, but now I need to do some drawing of my own! Please check out my tumblr blog for regular updates to 'my journey to work' drawings and for info on other projects I'm involved in. 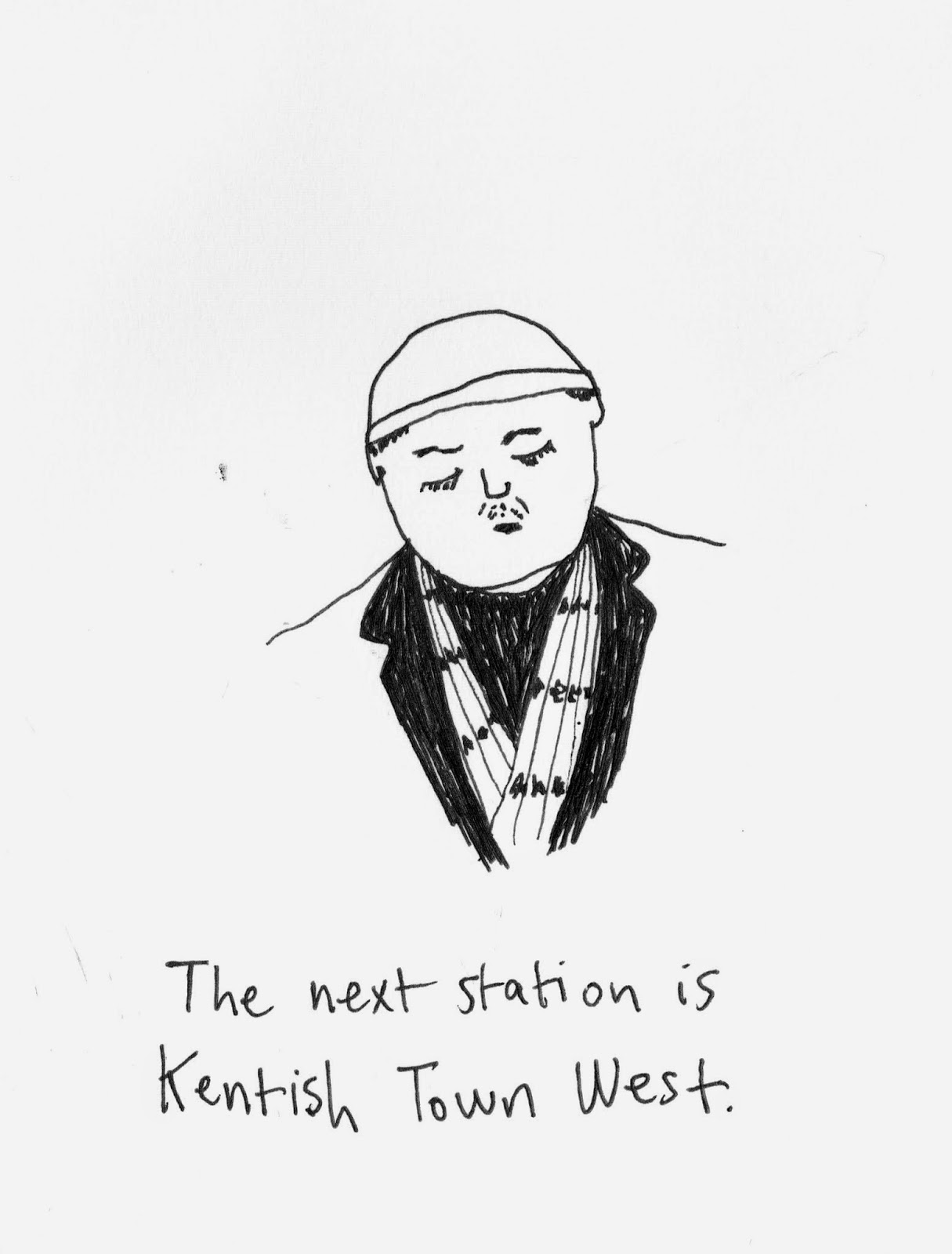 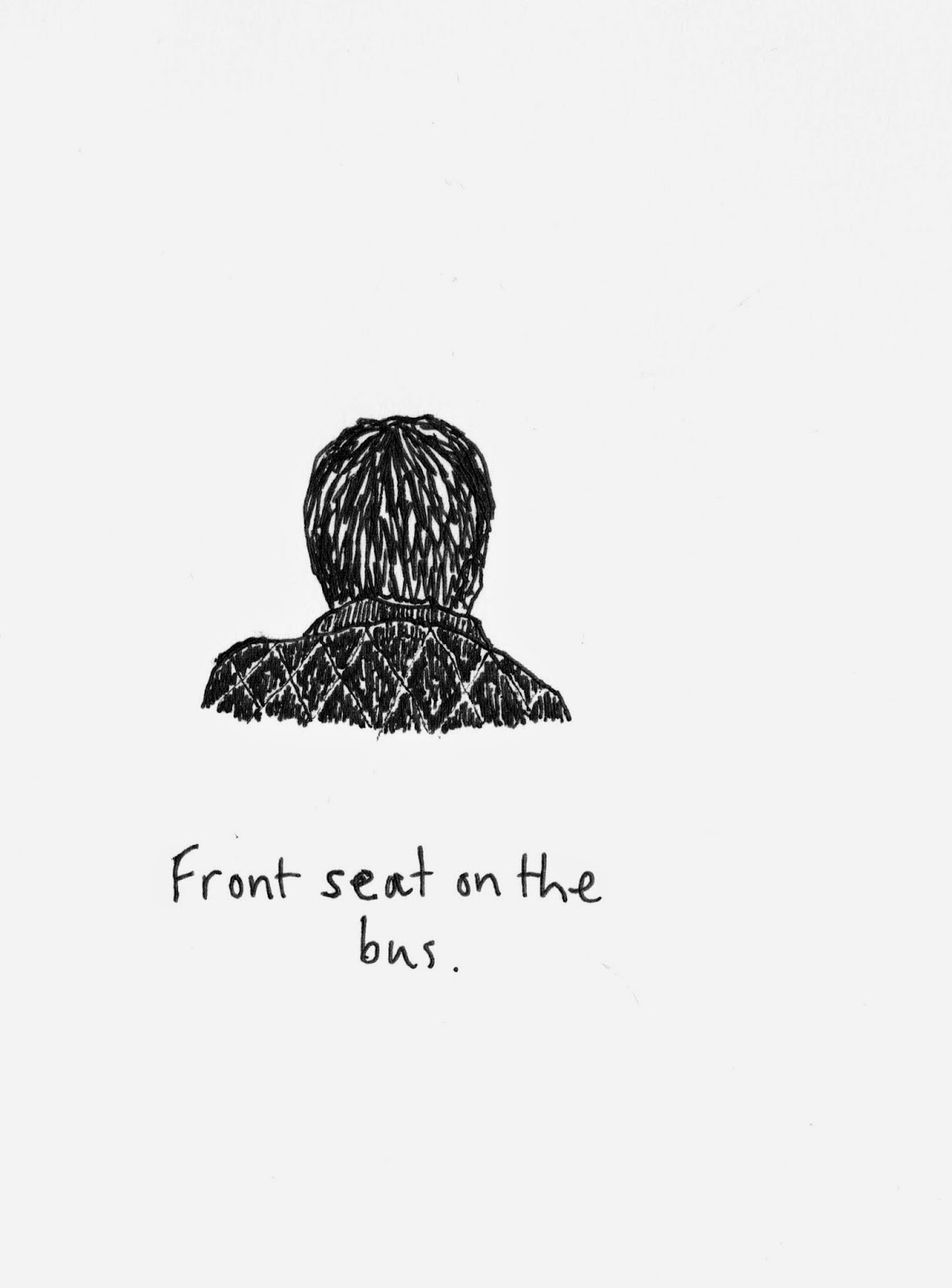 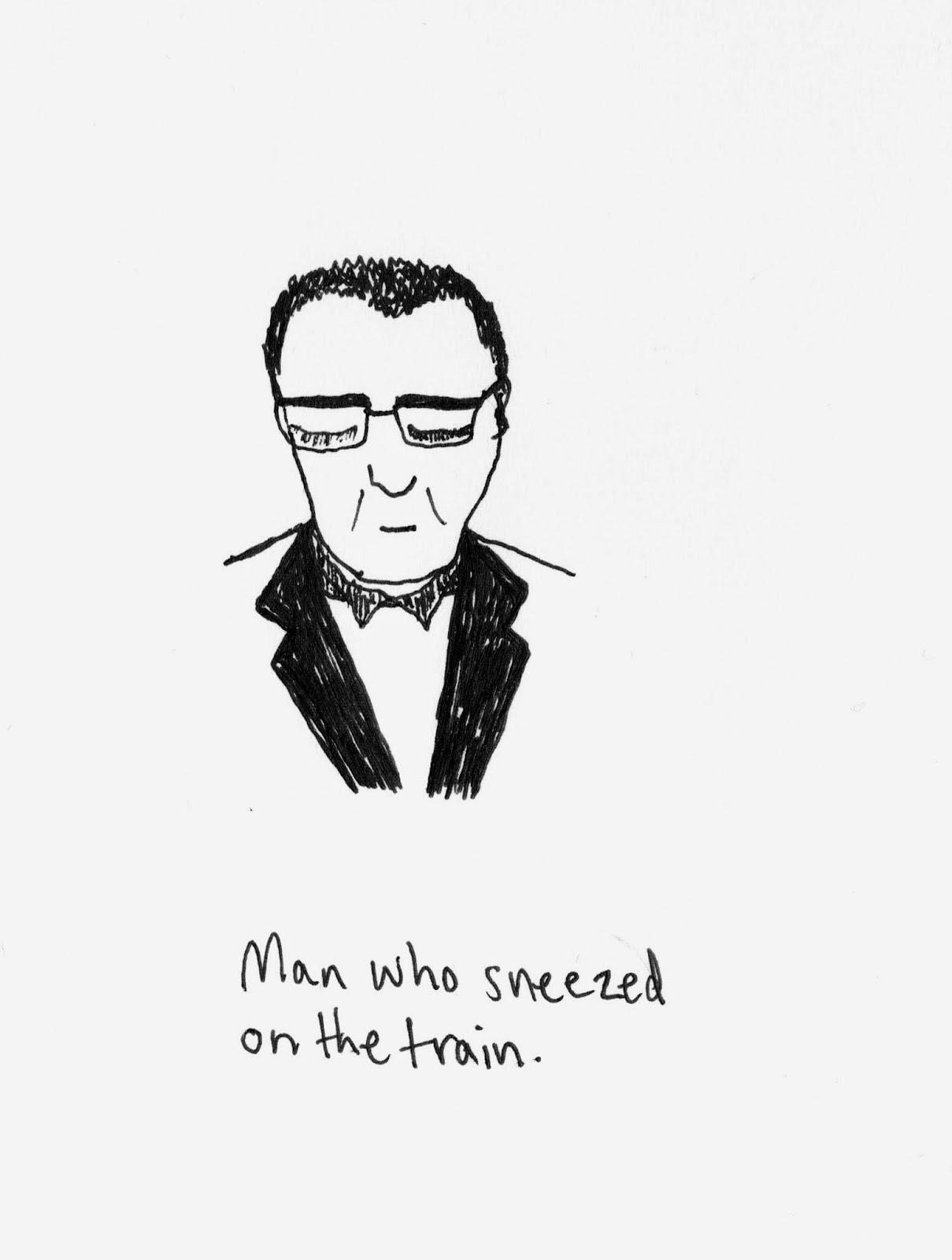 Some of my journey to work drawings

Thanks for reading!
Posted by David Robertson at 2:00 AM