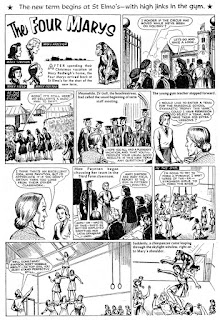 I was in my early teens when I started to seriously get into comics. My mum is from Hong Kong, and my cousin got my sister and I interested in manga. I collected all the Sailor Moon and Fushigi Yuugi comics, mostly in Chinese. Even though we couldn't read Japanese, my sister and I still bought them - the great thing about comics, of course, is that you can pretty much follow the story through the pictures. We'd make the long trip to the Asahiya bookstore (which used to be in what is now the Oriental City, I believe) in Colindale just to spend our pocket money on manga. Sadly, that bookstore closed and it became harder to feed our obsession.
About the same time the X-Men Animated Series was really big, and I got into the X-Men comics. This is an obsession that has lasted until today. I collected so many comics over those few years that I still don't really know where to store them all. My sister and I played around with making our own X-Men comics - myself as the writer and her as the artist - but of course it was all just for fun and nothing ever really came of it.
I don't really collect comics anymore - not enough time, money or space nowadays - but sometimes I do buy the odd one, when my favourite characters are doing interesting things, which is less and less likely these days *sideways glance at Marvel*. LOL. 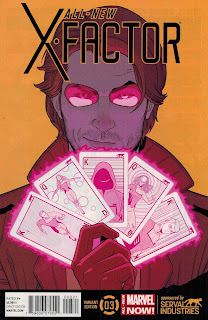 DR: What was the most recent storyline that made you buy an X-Men comic?
LP: It wasn't a storyline per se, but a title, All New X-Factor. That was because one of my fave X-Men, Gambit, joined the team. I bought 3 of the trade paperbacks, but didn't get sucked in enough to read it religiously. Which reminds me, I need to check whether there's another TPB out... or whether the title got canned. I don't really keep up with the Marvel universe much anymore. I prefer the fan output these days.
DR: Yes, you write fan fiction, don't you? Tell me about that.
LP: Well, fanfiction is something I've been writing since before I knew what fanfiction was! As a kid I used to write Malory Towers and St. Clare's fanfiction. Then I graduated to Sailor Moon and then Tekken and Resident Evil and finally X-Men stuff. I've always enjoyed writing as much as drawing - it's always just been a hobby, but it's a way to relax, unwind, vent, express myself. Writing and art has always been a big part of my life - of who I am. It always will be.
DR: Beautiful. Where can people see your work online?
LP: Well, I have a number of homesteads dotted around the internet, but probably the most up-to-date stuff is https://www.fanfiction.net/~ludi and http://archiveofourown.org/users/Ludi_Ling/works for fanfiction, and http://ludi-ling.tumblr.com/ for my fanart. I have a lot of old stuff up on my deviantART page, which I haven't logged into for a couple of years now. I'm in the very slow process of posting all my fanfiction on FF.net up on AO3, so not everything is up yet there. 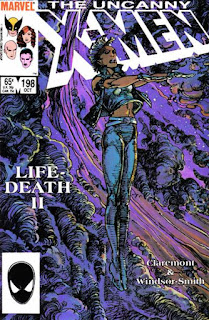 DR: Which work by other people are you a fan of, and has served as an inspiration?
LP: As far as art goes, I've always been a fan of Barry Windsor-Smith, and through reading X-Men I fell in love with the work of Salvador Larroca, Clay Mann, Steve Skroce, and Carmine Giandomenico. Chris Claremont has always been my fave writer, not for any story arc in particular (though there is that), but because he always 'gets' the characters he writes, and to me that's the most important thing. If you don't understand the characters you write, if you can't write them convincingly, it takes you out of the story immediately, and you can't believe in the story anymore.
Books have always been another inspiration - I was heavily influenced by the modern fairytales of Angela Carter - her vocabulary is so rich, dark and lush, and very visual. Two of my favourite books are what might be considered 'meta-fiction' - If on a Winter's Night a Traveller, by Italo Calvino, and Cloud Atlas by David Mitchell. I've always thought the sequential structure of the narratives would've lent themselves to a couple of really kickass comics... One day someone may take up the challenge! Maybe…
DR: How did you find the process of drawing your comics for Zero Sum Bubblegum and Dump? 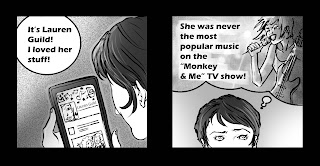 LP: Well, to be honest I found it interesting and a challenge because I've never really thought of myself as a comics artist, or someone who was particularly good at sequential art. Because comics are as much a narrative form as an artistic one, it takes a lot of thought and planning and an ability to draw more dynamically. I don't think of myself as a strong storyteller through drawing - so doing so for Zero Sum Bubblegum and Dump has been a learning curve, and since I like to learn new things, it's been fun.

Posted by David Robertson at 4:03 AM