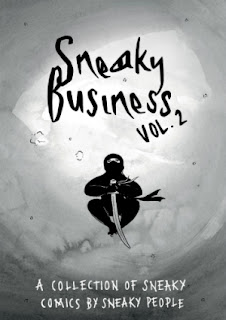 I have a story called "FB--Out!" in the latest edition of Sneaky Business, which is out now.

Andy Oliver has reviewed the comic at Broken Frontier here.
Posted by David Robertson at 5:24 AM