In 2015, I became aware that it was going to be Jack Kirby's 100th birthday in a couple of years, and I felt I wanted to mark it in some way, being a huge fan of his work.

An image came to me of a large canvas, with his name in bold and some of my favourite panels painted very large indeed. I could take my time deciding which panels to choose.

I sketched out a rough idea of how I wanted it to look... 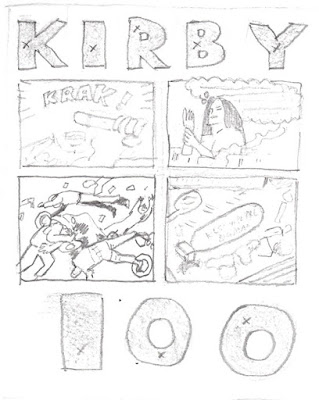 Now, I never paint. I've never touched a canvas, never mind put paint on one. I went out and bought the biggest one I could find, along with tubs of acrylics, a set of brushes and a palette.

Armed with this, I set out to begin.

Are you supposed to sketch on a canvas with a pencil? Can you rub it off? Who knows? 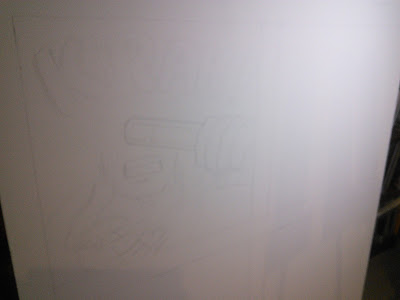 Slapping the black paint on – KIRBY 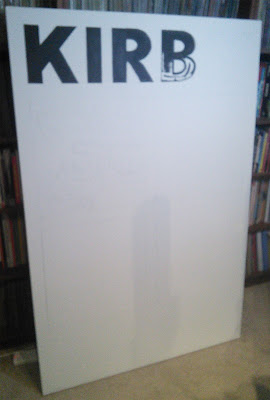 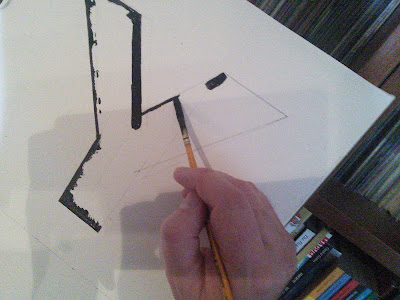 I put the blocks of colour on first, then once they were on, paint the black on top. I thought this intermediate stage looked nice... 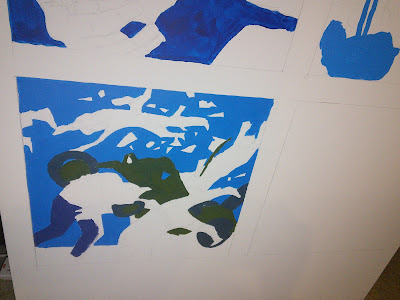 It's interesting the way that a canvas pushes back onto your brush. This doesn't happen with paper, of course. You need to factor this movement into how you apply the paint. I was starting to get the bug for painting on canvas. 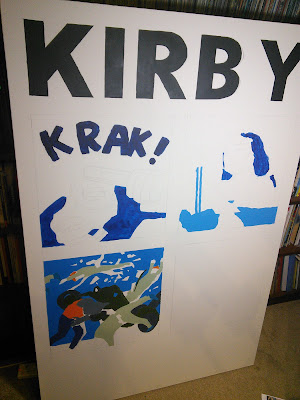 As I worked, I listened to Jack Kirby being interviewed. The man was present in the room while I painted. 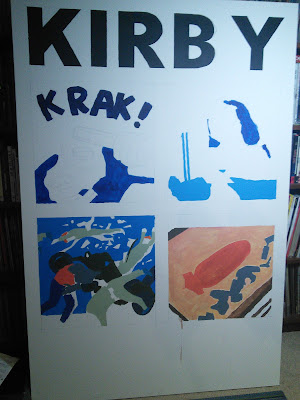 Oops, I spilled a bit. 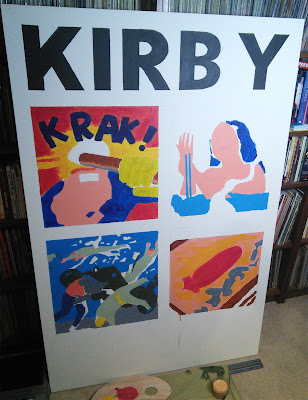 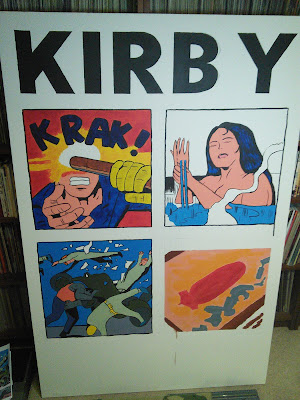 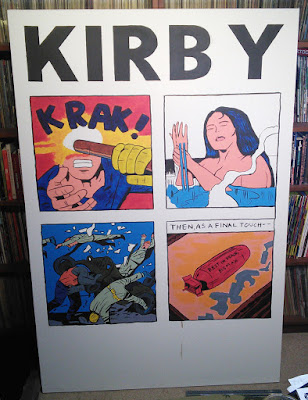 I covered the spill with a bit of Kirby Krackle added to the background of the panels... 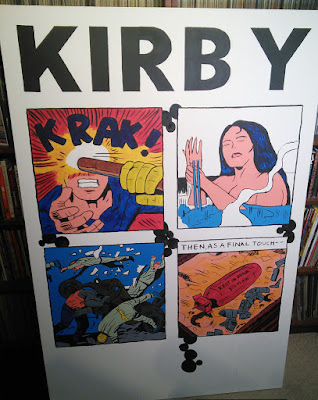 The four panels were originally in the following comics:
Captain America #213
Mister Miracle #6
The Incredible Hulk #1
The Losers #153

I worked on this painting 31st December 2016 into 1st January 2017. I painted my way into the new year; the centennial year of Jack Kirby. It was great.

I still haven't signed it. It exists to celebrate Kirby. I'm thinking I'll write, “David Robertson 2016/2017” down one side of it. Not on the front.

Happy birthday to an astounding talent and inspiration. Much love to Jack Kirby.

Posted by David Robertson at 2:05 AM