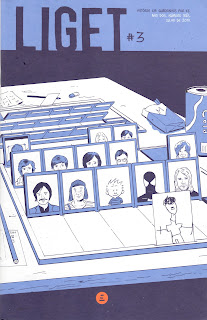 This is Marc Casilli's latest issue of Liget, published by Incompleta.

One of the stories inside is a variation on the Harvey Pekar name story. This one is a kind of Marc Casilli face story, in which he discusses all the people and characters he's been compared to. 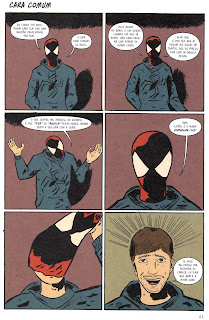 For the front cover, Marc has lots of these character faces in a Guess Who? style game.

I drew one too. It's in the middle at the front. 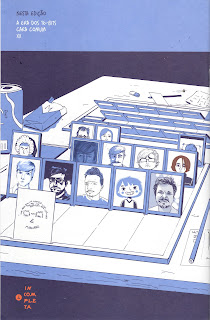 More details on Marc's comics can be found here.

Posted by David Robertson at 3:37 AM