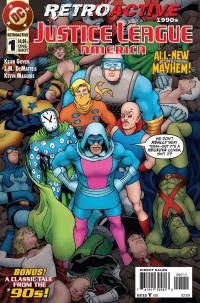 In amongst all the revamped DC Comics, there is a series of one-shots called Retroactive, giving popular creators of the past another bash at the characters they've previously worked on.
I was delighted to see that Keith Giffen, J.M.DeMatties and Kevin Maguire have done another issue of Justice League International.
I really liked this series during its 1987-1992 run, and also the follow-ups Formerly Known as The Justice League in 2003, and I Can't Believe it's not the Justice League in 2005.
Unlike those latter two series which updated the storyline to the present day, this new issue takes place during the original storyline. It's a blast.
Personally I never tire of this trio's work. I was gutted when it finished in 1992, and have lapped up every revamp since. This issue was good too. Giffen's plots and situations are imaginative, clever and quite ludicrous at times. DeMatteis is very witty and keeps all the individuals in character. Maguire is a classy superhero artist.
The funny thing this go around is the computer colouring (as with the recent Ditko Hulk book). It just swamps the line art in my opinion. I guess I'm old fashioned and I want flat colours!
Posted by David Robertson at 1:43 PM No comments: 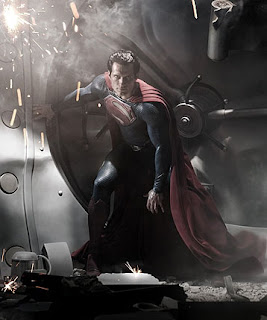 I'm looking forward to seeing the new Superman film when it's on Channel 4 Sunday night in four years.
Posted by David Robertson at 3:09 PM No comments:

Email ThisBlogThis!Share to TwitterShare to FacebookShare to Pinterest
Labels: superman 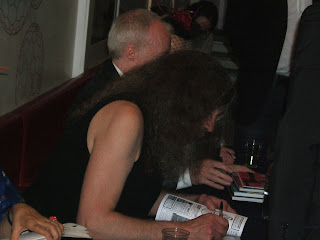 The new edition of The International Journal of Comic Art is out now. It has an article by myself in it. A report on a talk given by Alan Moore and Kevin O'Neill at the Institute of Contemporary Arts in London, discussing their careers and The League of Extraordinary Gentlemen.

More details can be found here.
Posted by David Robertson at 2:42 PM No comments: