IT'S CERVANTES IN THE BOX 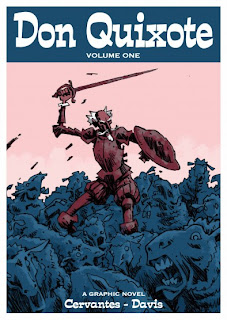 I've been reading Rob Davis' adaptation of Don Quixote. The original is one of my favourite books. 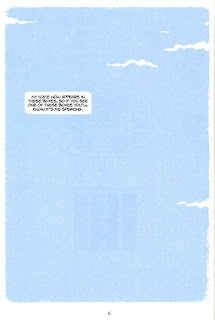 I was struck by the page shown here. It's near the start of the book. Cervantes is talking to the reader to introduce the story. It's a nice page, and artistically done. It does read like an afterthought though. The page could easily have been inserted once the book was finished. I wonder if it was? It's as if Davis is worried that readers really would not understand that the narrator was the person speaking in the boxes. Is it a subtler version of the guide to comics grammar as seen in the Evanovitch book?

Interesting times when comics are explaining themselves to readers who may not know how to read comics.
Posted by David Robertson at 2:11 PM No comments: