Today was the launch of Reworking Walter Scott, as part of an event at the University of Dundee.

It's a nice package, and I am glad to be in there too with a four page comic called "Patriotism". 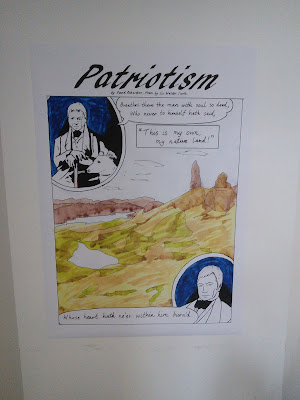 It was nice to see a page of mine blown up to poster size.

As a preview of the comic, here are the other images that decorated the room.


Reworking Walter Scott was produced by Ink Pot Studio and published by UniVerse Comics.
Posted by David Robertson at 11:34 AM No comments:

Stratu has written on my comic Berserkotron over at the Blackguard website.

"I found out about David and his comics from a letter I received from "The Dith Dood", Steve Anderson [Dithering Doodles]. He mentioned he had just finished writing a letter to David Robertson, another comics dude, so naturally I followed this 'lead' and we ended up trading comics.
Berserkotron is about two high school kids, Bert and Ronnie. Ronnie builds fighting robots. Bert is into chemistry. When Ronnie shows Bert his latest fighting robot, he asks him to paint it. Bert agrees, kind of reluctantly, but it will give him a chance to test the "magic paint" he recently created.
What I really loved about Berserkotron was the great dialogue between Bert and Ronnie, revealing the complex dynamics of their friendship. You really get the impression that although these guys are friends, like many high school friendships [or even friendships in general], the clock is ticking on how long it will be before a major falling out. To add to the mix is another robot builder, Henry, who comes across as a snotty, spiky-haired jerk who for some reason has it in for Ronnie, and thus Ronnie's robot, which he aims to annihilate in an upcoming 'Robot Wars' competition.
One final thing I wanna mention - something rarely found in comics but so great and welcome when an artist takes the time to do it - is at the end of this issue is a ten-page section of sketches, doodles, scribbles, and the background story of how Berserkotron came to be. Great stuff!"
Posted by David Robertson at 10:24 AM No comments: 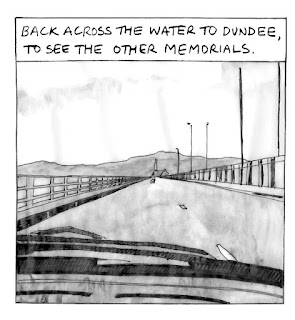 My seventh Dundee Shmundee! strip is now online over at the Dundee Comics Creative Space website.

Have a look here.
Posted by David Robertson at 9:05 AM No comments:

I was delighted to take part in the Covers Album series over at Broken Frontier.

Have a read here. As well as the three artists listed above, there is also a classic Kirby cover!

Posted by David Robertson at 1:37 AM No comments: 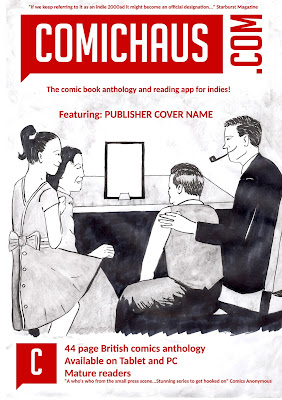 I recently did a project to design a poster as part of the Comics and Graphic Novels MLitt course at Dundee Uni.

Posted by David Robertson at 4:42 PM No comments: 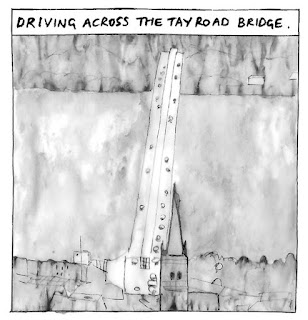 My sixth Dundee Shmundee! strip is now online over at the Dundee Comics Creative Space website.

Have a look here.
Posted by David Robertson at 10:05 AM No comments: