The latest edition of The Avengers comic comes with a surprise free gift: The Amazing Spider-Man Vintage Annual. 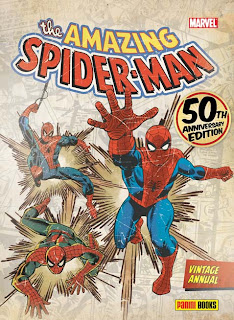 I think it was a surprise to the producers of The Avengers comic too. The cover of the issue boldly states "Free Plasma Pistol! With super-sticky darts!" This piece of plastic tat is nowhere to be found.
Instead, what we are given is this collection of Stan Lee/Steve Ditko stories – the origin; the first issue; first story with the Lizard (probably because he was in the latest movie) and the Sinister Six story from the first annual, which is a favourite of mine. There’s also a couple of comics articles by the pair; ‘The Secrets of Spider-Man’ and ‘How Stan Lee and Steve Ditko Create Spider-Man’.
The book is printed on glossy paper, all made to look aged – the same brown marks repeatedly show up throughout.
Meanwhile in the Avengers comic – the Micronauts appear! 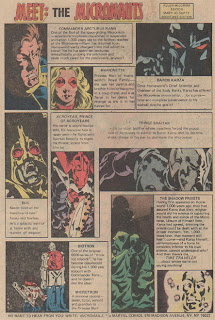 The Micronauts were a fun and well-drawn comic by Michael Golden in the late 70s based on toys. I was surprised to see them appear here as I would assume the rights had reverted back to the manufacturers or somebody or other years ago (similar to Rom, whose guest appearance in The Hulk in the 1980s means that there’s a chapter missing in the latest collection of the green one’s exploits). And sure enough, although the characters are all still there with names intact they now refer to themselves as Microns. 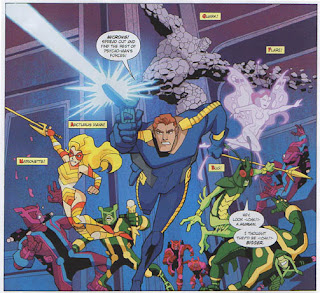 Anyway, if you want a nice hardback book of Lee/Ditko goodness for a good cheap price pick this up while it’s still available. 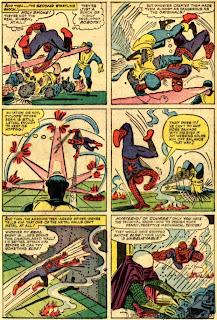 Posted by David Robertson at 3:18 PM No comments:

I've been posting my story Berserkotron over at Webcomics Nation.
The final page is up now. Have a look here. 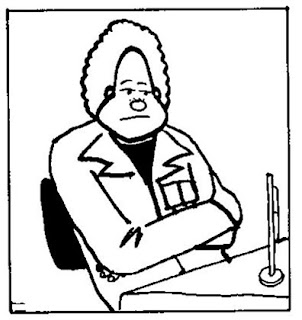 Some of you have told me you’ve been waiting til it’s finished to begin reading. To take it from the first page, go here. (Warning: sweary words)
Thanks to everyone who has given suggestions and comments along the way.
Posted by David Robertson at 2:17 PM No comments: 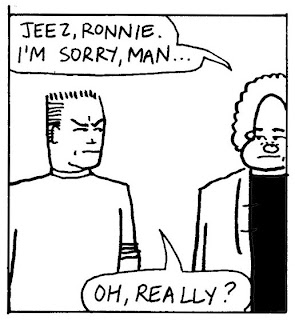 Page 53 is uploaded now. Have a look here. Warning: sweary words.
Posted by David Robertson at 2:08 PM No comments:

Another great artist has died.
Infantino was the regular Star Wars artist when I was growing up: 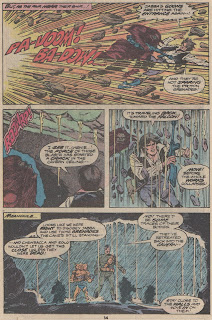 I also got a Marvel Team Up he drew. Steven Grant wrote this story featuring Spider-Woman and the Hulk: 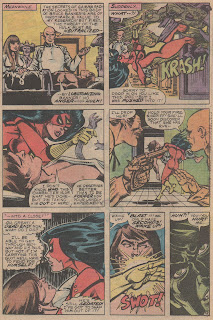 Detective Chimp. No credits on this one, so I don’t know who wrote it. Possibly John Broome. Not sure when it was first published either, as I read it in the British Superboy Annual 1967: 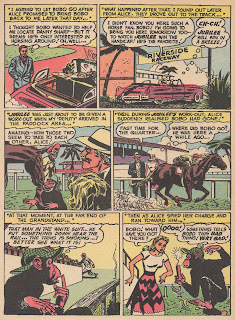 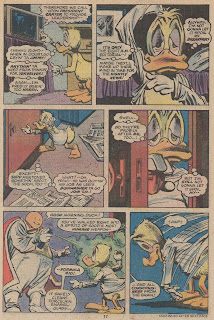 Star Lord written by Chris Claremont. This was spookier than the regular Marvel comics. It appeared in the black and white magazine format aimed at older readers: 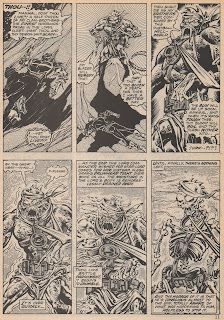 Infantino is famous for revamping The Flash. What a great character when you’re a kid. “The Fastest Man Alive!” I always loved the way his costume shot out of his ring and expanded. This character is very indicative of Infantino’s style, all those speed lines. This page from "Mystery of the Human Thunderbolt" written by Robert Kanigher: 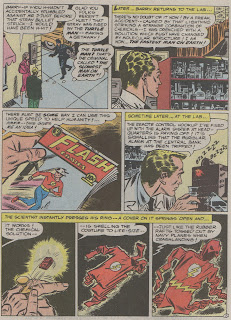 He did Batman too in the 60s. No credits here either, probably written by Broome again: 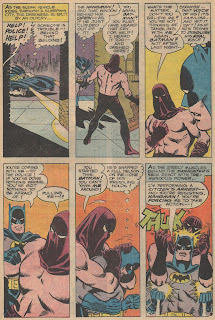 I have to admit there was a bit of a lump in my throat at this news. My gran bought me his comics.

HOW TO READ A COMIC ALOUD TO AN AUDIENCE

I had a blast performing three of my stories for DeeCap - an event held as part of Dundee Comics Expo last Saturday.

I had read Sam (Magic Whistle) Henderson’s article on reading comics aloud to a group at tcj.com and had thought it interesting but strange – besides self-promotion, why is doing that a good idea? A notion that is looked at in Henderson’s article. I didn’t think much more about it until I received an e-mail from cartoonist Damon Herd asking if I’d like to take part in DeeCap. I found myself saying yes because despite the above concerns, I also thought “why not?” It would be an interesting challenge to covert the usually private reading experience into a group event. 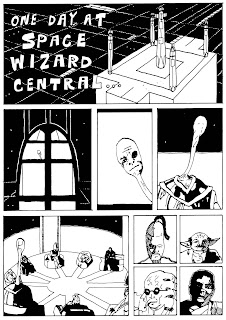 Comics creators are often reticent to use silent panels on their pages, but I’m not as I think they’re powerful. I’ve dealt with them before when reading comics aloud to someone else. You’re reading away and then go silent while they look at the picture. Do you let the panel be silent or not? I decided yes, if the comic is strong enough the information will get across. 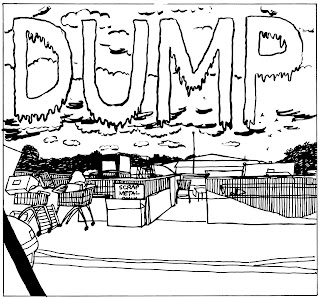 I wanted to control the timing of the story – so split up three stories into 139 single panel scans on slides, and used a remote to control the speech patterns. In the event, this decision allowed me to linger on any that were getting a good laugh, or had some chicken fat I thought might be picked up by the audience. 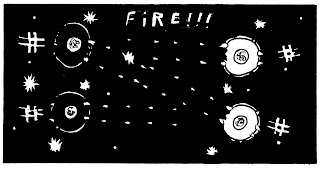 Interesting thing about this is that the comics page became irrelevant. I’m increasingly thinking the comics page as a unit, while of great interest to me as a comics reader/practitioner is of no interest to a casual reader. I think a page of comics is sometimes too daunting to a non-comics reader. They are accustomed with a regular novel to starting on word one and continuing in that fashion until the book ends. I have observed that James Kochalka’s ‘Quit Your Job’, with its panel a page is an easier read for some. I can see myself trying something like this in the future when the right story or idea comes along.
There were three other presenters and all our styles were different. We had running the perimeter of the room around the audience, a ticking sound effect and a good old fashioned sing-along. The event was good fun and the audience really seemed to enjoy it.
I also put the cover of Dump #2 onscreen as part of my presentation. Here it is… 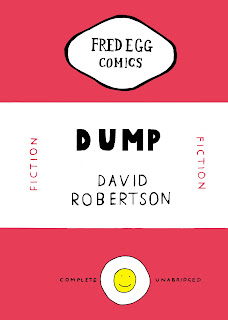