Online now. Read it here.
Posted by David Robertson at 2:45 PM No comments:

The revamped Comics Journal website, as mentioned here, is now up and running.

They've recently posted an article on Scottish Comics. It's worth a read.

Part one is here.

Part two is here.
Posted by David Robertson at 1:37 PM No comments: 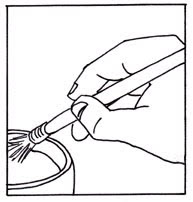 Uploaded to the website now. Take a look here.
Posted by David Robertson at 2:26 PM No comments:

GET THEE TO A LIBRARY: CHRISTIAN COMICS CAVALCADE

The local library has had an influx of Christian books. Apparently a donation was offered and agreed to, and then a shedload of books arrived. In amongst the deluge, I’ve spotted three comic books. 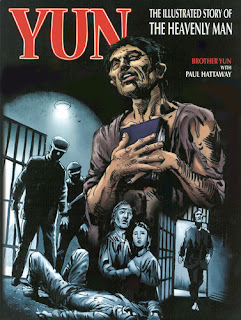 Yun: The Illustrated Story of the Heavenly Man is the only one that I’ve heard of before. The credits are confusing. The cover states Brother Yun with Paul Hattaway, with no mention of who did what. The inside states just Hattaway, again without further detail. Then there’s another listing – Story adaptation and illustration: Rico Rival, Script adaptation: Nate Butler, Ed Morris. If you can make sense of that, well done. There’s an additional credit - Graphic Novel Concept: The Edge Group. So now we know who invented the form. 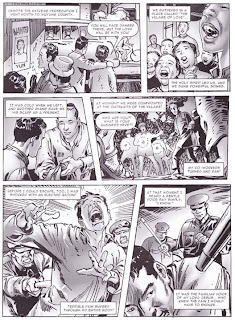 The art isn't bad. On first impression, it reminds me of Joe Kubert. In other places I see some Will Eisner. The figure in the bottom left panel above looks like Gil Kane / Steve Ditko.

Next up is Manga Bible Volume 2 by Young Shin Lee and Jung Sub Hwang. How many Manga Bibles are there out there? This has to be the third version I’ve seen. 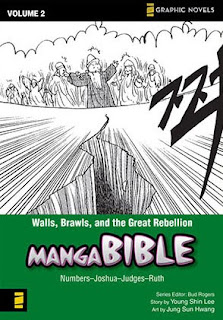 This comic incorporates modernisms into the biblical tales. Witness “Are you filming a movie?!” in the following page: 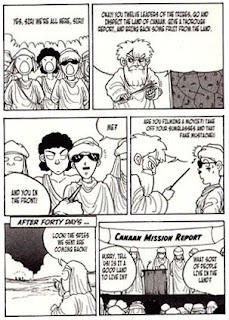 I found the book quite amusing.

Then we have The Lion Graphic Bible by Jeff Anderson and Mike Maddox. 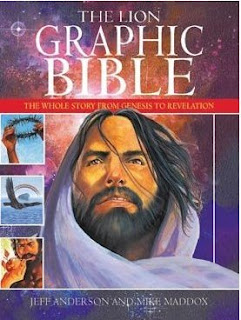 It’s fully painted in the style I always associate with Heavy Metal. Unlike the Manga Bible, The Lion Graphic is very straight. I found it looked very nice, but I didn’t want to read it at all.

In fact the highlight of this library edition was the mood-breaking placement of the barcode and date label: 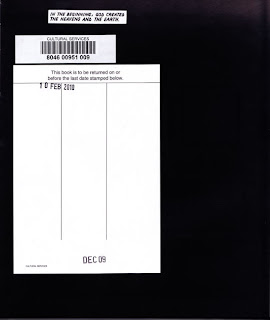 “In the beginning, God created the Heavens and the Earth. Cultural Services 8046 00951 009 This book is to be returned on or before the last date stamped below.”

These books were an interesting diversion, but it would have been nice to get in a copy of Robert Crumb’s new Book of Genesis Illustrated.

Posted by David Robertson at 12:47 PM No comments: 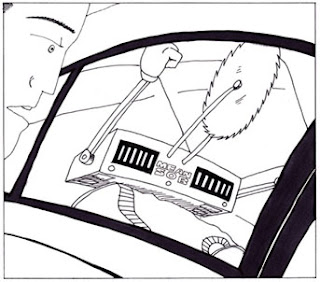 David Mazzucchelli: I think there is often a distrust of pictures to carry content.

Dash Shaw: That makes sense a little bit, because not many people are really interested in dissecting pictures.

DM: I think that's true, and in fact, I don't have the book in front of me, but it would be interesting to see how much of the book has pages with panels in which there are no words.

DM: In Epileptic, or in Maus. Because I remember Spiegelman saying when he made Maus, knowing that he was creating it potentially for people who weren't used to reading comics, he made sure that he put all the important information in the text.

DM: Well, that's weird to you because you grew up thinking about comics and how the two feed each other. 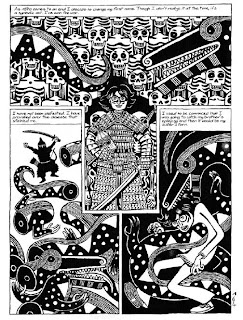 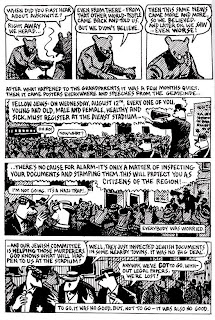 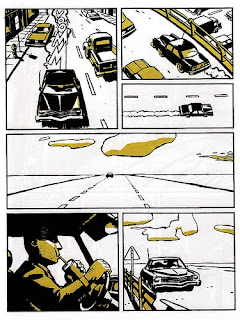 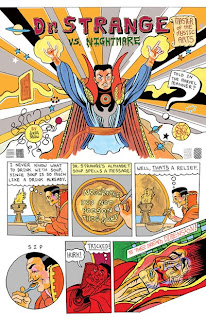 Posted by David Robertson at 1:47 PM No comments: 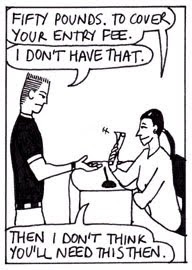 Have a look at this week's page here.
Posted by David Robertson at 12:22 PM No comments:

In W.H.Smith today, I spotted and bought the latest reissue in the British Classics Illustrated series. Dickens’ A Christmas Carol as written by George D. Lipscomb and drawn by Henry Kiefer. 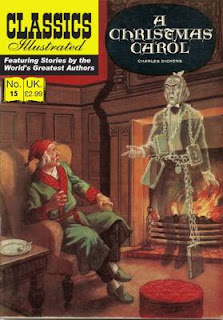 I’m a big fan of Dickens and this book particularly. There have been many re-tellings of the story in comics.
It’s funny that with the nice super-white glossy paper the work loses something for me. I think it would look better on browning old newsprint.
Still, it’s well worth picking this up. Classic Comic Store are doing a good job packaging up these old comics at good prices. It would cost a small fortune to pick up the original 1940s edition today.
Posted by David Robertson at 2:05 PM No comments: 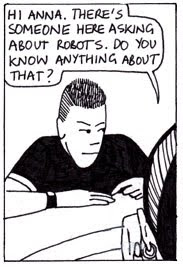 This week's page is uploaded now. Have a look here.
Posted by David Robertson at 12:36 PM No comments: