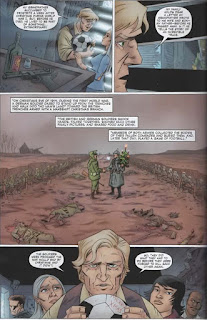 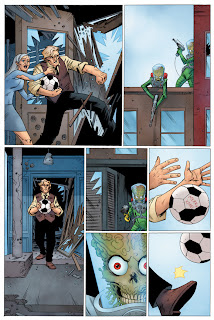 Those familiar with Mars Attacks may have an idea where this story is going. This is by Dean Haspiel – a really good cartoonist who has done loads of great work, including Billy Dogma who is a Jack Kirby inspired romantic hero, and The Quitter with Harvey Pekar. 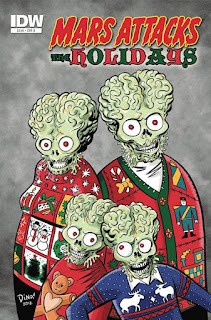 This story is from Mars Attacks the Holidays, with stories set during Halloween, Veterans Day and Thanksgiving as well as Christmas. The other stories by Fred Hembeck, Bill Morrison/Tone Rodriguez, and Ian Boothby/Alan Robinson, are worth reading too. This one is brand new, so should still be on sale “at better comics shops”.
Posted by David Robertson at 3:07 PM No comments: 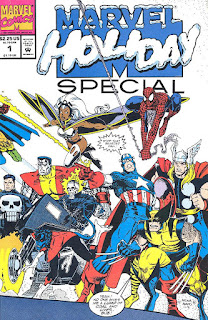 This festive tale begins with five men kidnapping four year old blind boy William out of his bedroom on Christmas Eve. Go back and read that sentence again, it's truly what this story is about. By the following sequence, William has fallen out of the car he’s been bundled into and is now running around in a graveyard begging for Santa to help him. 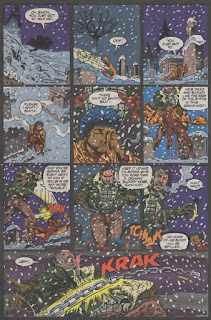 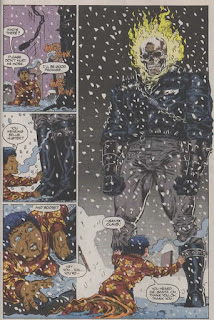 William mistakes the noise of Ghost Rider's chain for jingle bells and his boots for Santa's. After dispensing with the nasty men (off-panel), Ghost Rider takes William back home on his fiery bike, and the young lad believes it’s Santa’s sleigh. As alluded to yesterday, Mike Ploog originally co-created and drew Ghost Rider, but here he is presented by John Hebert in a story by Howard Mackie.
Posted by David Robertson at 12:06 PM No comments:

Mike Ploog has drawn a lot of comics over the years. Ones I’ve liked include Abadazad, Frankenstein, Ghost Rider, Planet of the Apes and Weirdworld. He’s even drawn some of Eric Powell’s The Goon. 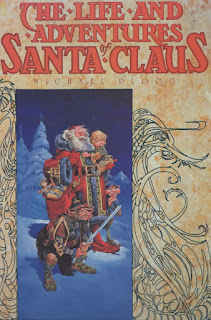 This Santa Claus comic is an adaptation of L. Frank Baum’s story. As indicated in the title, it follows his life from baby to adulthood. Here are some pages, click for larger versions... 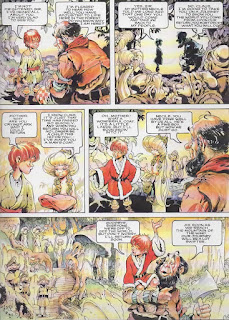 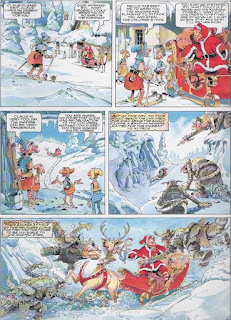 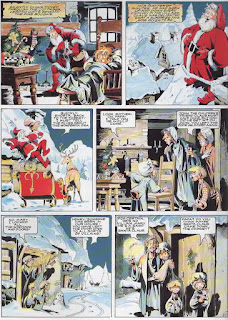 Before the end, Death turns up for Santa... 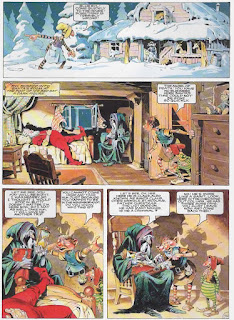 In order to make some money, Ploog left comics and worked in movies. With decent income sorted out, he wrote and drew Santa Claus outwith the deadline driven processes of Marvel and DC. It was then published in 1992 by Tundra. Ploog turned out a really beautiful book here.
Posted by David Robertson at 1:25 PM No comments:

I’ve just read what’s going on with the next X-Men movie and I am impressed. I like the first two movies, but not the third, and I haven’t even watched the prequel as that seemed like a way to make another X-Men movie and not pay the established cast to be in it. But here’s what I understand is going on: 1. Director Bryan Singer is back. This is good. He’s the reason the first two movies worked. 2. It’s an adaptation of Chris Claremont and John Byrne's Days of Future Past from 1981 – probably the second most popular X-Men storyline (after Dark Phoenix, which X-Men 2 set the stage for and X-Men 3 screwed up). 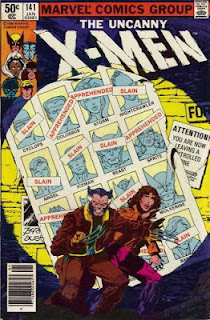 3. Hugh Jackman, Patrick Stewart and Ian McKellen are back in some capacity. Days of Future Past is a time travel story, so they’ll probably get younger actors to play them in the flashback stuff. 4. They are! They’re using the actors from that prequel they did last year to be the young versions. That’s pretty neat and tidy, and as far as I can make out, it wasn’t the original plan. Matthew Vaughn who made the prequel wanted to do a second prequel set in the 70s. This tying up of the two X-Men series (three I suppose, if you count the Wolverine movies) would seem to be Singer’s idea. So I thought I was finished with X-Men movies, but there is hope.
Posted by David Robertson at 3:49 PM No comments: 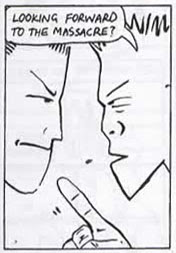 Page 42 is uploaded now. Have a look here. Warning: sweary words.
Posted by David Robertson at 3:18 PM No comments: 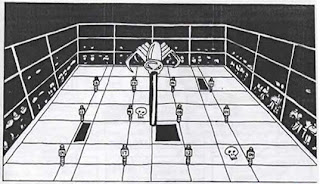 Page 41 is uploaded now. Have a look here.
Posted by David Robertson at 2:04 PM No comments:

Tomorrow, as every week (give or take) for the past 75 years , The Dandy comic will go on sale. But the difference this time is that it will be the last edition. To pay respects, here are some choice cuts from the earliest issue I have - number 1929 from 11th November 1978. Korky the Cat: 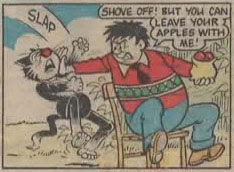 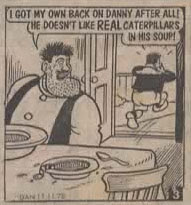 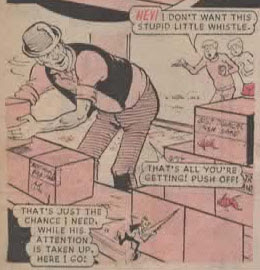 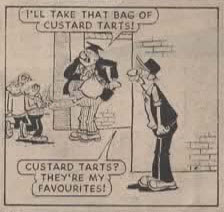 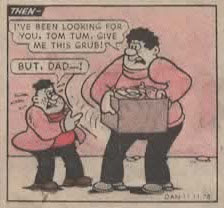 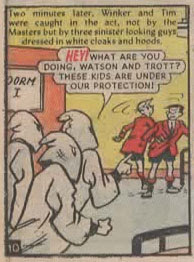 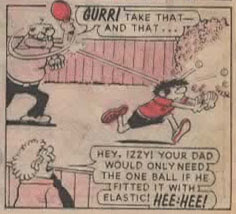 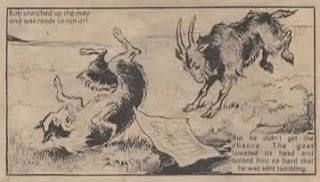 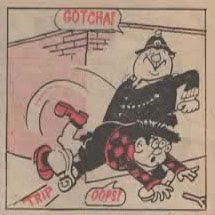 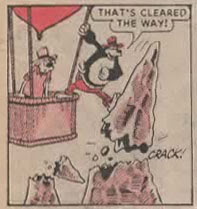 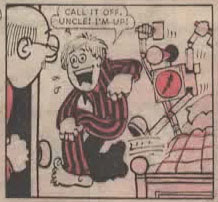 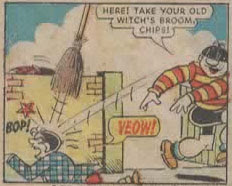 Looking through the comic again, I remember how much I enjoyed these stories. Nostalgia rules! More recently, the publishers have tried a few things to keep The Dandy going. There was a format and name change to Dandy Xtreme, and a revamp which featured Harry Hill. But to no avail, the sales figures were not up to scratch and now they've decided to put the old girl down. Tuesday the 4th of December 2012 will be a sad day for the UK comics industry. 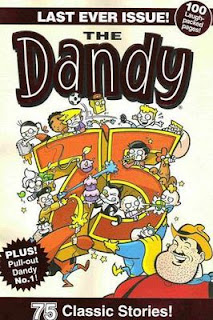 UPDATE - SATURDAY 8th DECEMBER 2012 I'd be interested in seeing how sales of this last issue went, as on Tuesday I went into six different shops to pick it up, and they had all sold out. One even had a hand written notice up saying "WE DO NOT SELL THE DANDY COMIC", so they'd obviously been asked a lot of times for it too. I decided to have a look online to get a copy and saw the likes of this. £42 for the comic! Crazy. It's still for sale from the publishers online for £5.50! I ordered it there. Also on Tuesday, I was running a children's reading group and just for interest I asked them who had read the Dandy. Two of the six had, and one of those was very enthusiastic, namechecking a couple of characters.
Posted by David Robertson at 2:47 PM No comments: 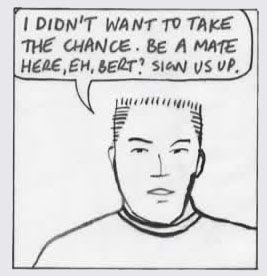 Page 40 is uploaded now. Have a look here. Beware: sweary words.
Posted by David Robertson at 2:24 PM No comments: