I’ve been productive comics wise this month. I’ve pencilled twelve pages of my story Dump in the past two weeks. Here are four of them... 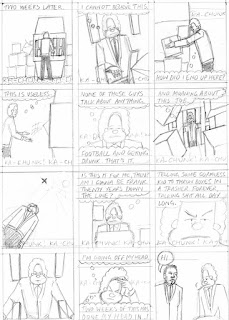 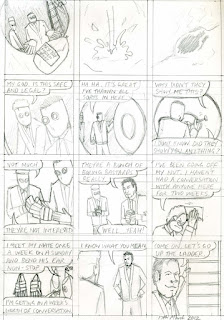 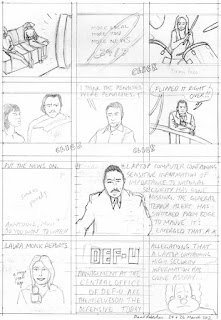 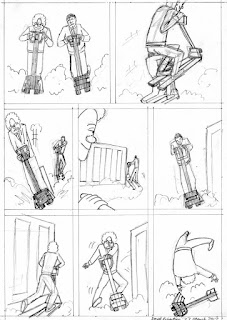 Posted by David Robertson at 1:36 PM No comments: 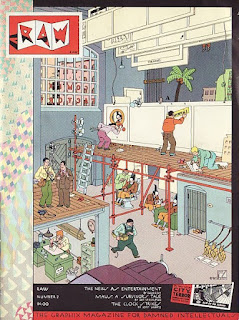 After decades of fascinating snippets of Joost Swarte work appearing in the likes of Raw, there is now a translated book of his work “Is That All There Is?” It’s a lovely collection, full of humour and great artwork. The title comes from the fact it’s quite a small book, and contains his lifetime’s comics work. However, if you order from the publisher direct, you get an extra minicomic with a few more bits and pieces. 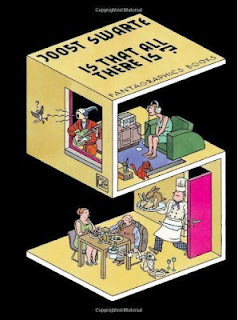 Email ThisBlogThis!Share to TwitterShare to FacebookShare to Pinterest
Labels: Is That All There Is?, Joost Swarte, Raw

HOW ABOUT THOSE COMICS STAMPS?

The current set of commemorative stamps from Royal Mail have images from comics. The presentation pack has the ten stamps, a miniature edition of The Dandy, and a card with information on the ten comics featured.

The text is written by Graham Kibble-White and contains sentences such as the following: “The last significant comics launch came in 1977, with the sci-fi themed 2000ad.”

Ignoring many interesting comics that have launched in the past 35 years, I assume he is terming significance as financially successful.

But then what of Viz? You may recall that not only was it a big selling comic – it was actually at one point “Britain’s 5th best selling magazine - and you’ll never buy a bigger pile of shite" as the cover stated. Viz is not included because comics for Kibble-White are kids’ stuff that they used to make. Nostalgia rules here. There was a similar flavour to his book from a few years ago. Loads of good info, but from the limited point of view that comics are all but a dead issue. Something to look back on with fondness. He’s not a writer you look to find out what interesting comics are coming out now.

That's my wee niggle. It's still a very nice set.
Posted by David Robertson at 3:16 PM No comments: