Some comics related articles from the December press... 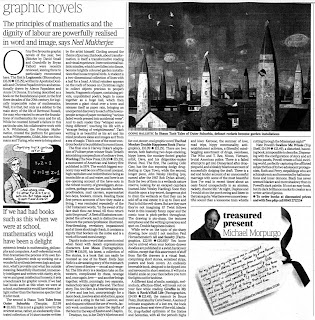 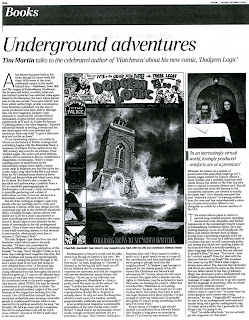 From The Telegraph 12/12/09, an interview with Alan Moore regarding his Dodgem Logic magazine. 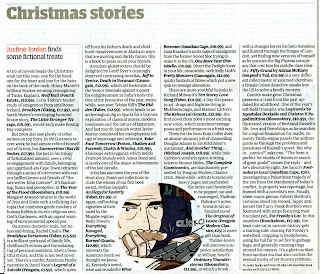 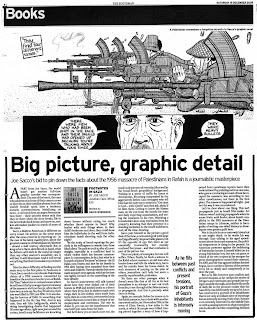 A more lengthy Footnotes in Gaza review from the Scotsman 19/12/09.

Posted by David Robertson at 4:45 AM No comments:

A review of Dump from Shannon Smith at Poopsheetfoundation:

"I've been familiar with David Robertson's comics for a while thanks to the Shiot Crock anthologies. I've enjoyed everything I've seen of his so far. His comics are refreshingly void of angst or any sort of obvious agenda. Each story seems to exist solely because Robertson felt like telling and drawing that story at that moment. DUMP is a collection of these random stories. While the stories have next to nothing in common they all share a similar tone and work together for one enjoyable 99 page read. The book has a lot of the standard things you would expect in a one man anthology. Auto-bio, short fiction, parody and sketches. Robertson seems to handle them all with the same observational style and tone. The strongest vibe I get from all of Robertson's stuff is a disconnect. Robertson writes as if he is a foreign observer documenting the events as they unfold without judgment or agenda. The danger in this disengaged writing style is that it can feel stiff but Robertson pulls it off by being clever and fun. A lot of that is his choices in subject matter. A comic that at first seems like a straight up Star Wars parody turns out to be a clever satire on race. A comic that seems to be a set up for the animal tracking adventures of a movie sound man turns out to be a gag about job incompetence.

Robertson's drawing is simple and minimal but his layouts and storytelling chops are just fine. I don't know that more attention to the drawing would make the comics work any better. They would look nicer and it would possibly make them more accessible to a wider audience but that does not necessarily equal being better. Funny is funny regardless of how well it is drawn.

The comic itself looks nice and is a comfortable read at the pamphlet size. Ninety nine pages is a good count for a folded and stapled pamphlet sized comic. A lot of Robertson's pages are in the nine panel grid style which looks better at pamphlet size than at standard minicomic size so I can understand why Robertson whet with this choice. The resolution on the photo cover is a bit off and causes a slightly blurry image. It does not look bad but it draws attention to the less than professional nature of the book. As far as the content of the photo cover goes, I get it. It's an image of a dump and the comic has a story about working at a dump. And there is the idea of a one man anthology book being a dump of stories. I get that. My concern is that if I saw this in a store or at a con I would not have any clear idea what the thing was by looking at the cover. Some people might think 'what the heck is that?' and pick it up out of curiosity. Others might think 'what the heck is that?' and pass it by. I hope they pick it up. It is an enjoyable read."
Posted by David Robertson at 12:54 PM No comments: 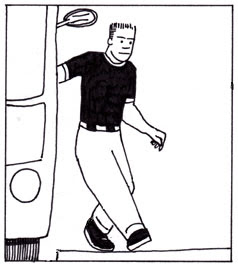 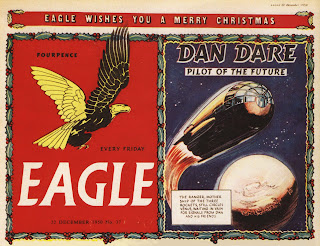 Have a good Christmas, I wish you loads of good comics...
Posted by David Robertson at 1:35 PM No comments:

The latest edition of Funtime Comics - #23 - has a two pager by myself in. Funtime is a long running comics anthology, coming out of New Zealand since 1991. More details on the magazine, including ordering details, can be found here.
Posted by David Robertson at 1:29 PM No comments: 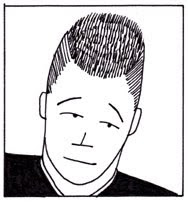 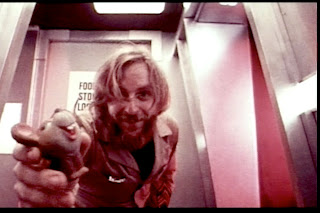 Dan O’Bannon has died. He’s well known as a movie writer. Among his credits are Alien, Blue Thunder, Dark Star, Heavy Metal, Invaders from Mars, Lifeforce and Total Recall. He also directed Return of the Living Dead and worked on special effects for Star Wars.

In the 70's, O’Bannon wrote an incredibly influential comic story called The Long Tomorrow. It was drawn by Moebius. The finished comic is acknowledged as being a major influence on Ridley Scott when he was working on Blade Runner, as you can see from these pages... 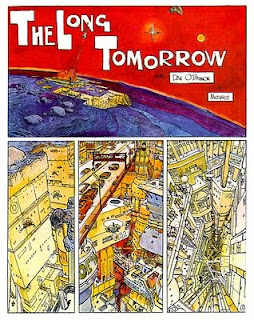 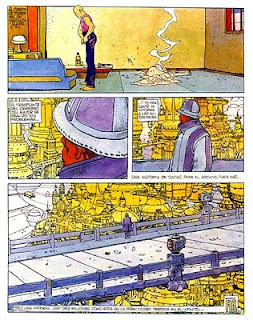 Posted by David Robertson at 2:14 PM No comments: 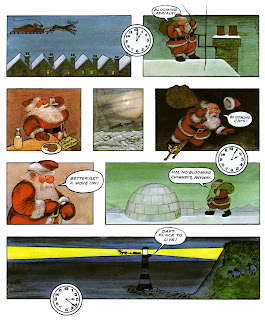 In 1973 Raymond Briggs depicted Father Christmas as a miserable git who felt well put out by everyone and everything. It's a great comic.

It was no surprise when Briggs declared that he hated Christmas a couple of years ago on Radio 4's Desert Island Discs. This book is enjoyable because Father Christmas' bad attitude is presented with Briggs' art, which looks so...warm and inviting. You would give this to a kid quite happily.
Posted by David Robertson at 2:48 PM No comments:

I have a liking for Christmas comics. Probably my favourite is Christmas with the Super-Heroes, a DC compilation.
It features Neal Adams, Nick Cardy, Dick Dillin, Mike Friedrich, Jose Luis Garcia-Lopez, Dick Giordano, Bob Haney, Paul Levitz, Frank Miller, Denny O’Neill and others. It was published in 1988, a time when a nostalgic feeling for my own Christmases past was starting to come through. 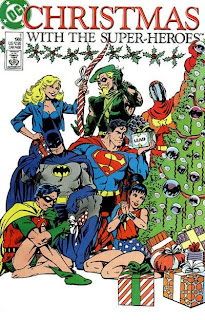 Mark Waid wrote a nostalgia fuelled editorial for it... 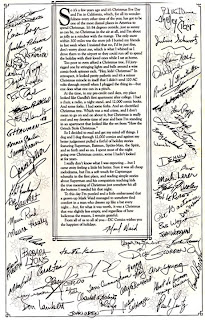 I think my favourite story is the charming Superman and Santa Claus. Written by Len Wein and E. Nelson Bridwell, and drawn by Curt Swan and Murphy Anderson, it neatly tied together both fictional characters by playing on the idea that they both lived in the North Pole. 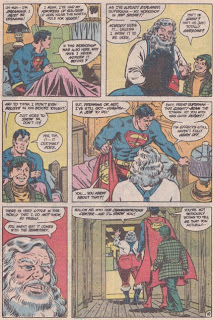 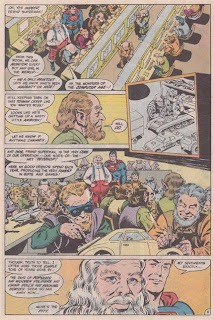 Great stuff all round. Pick up a copy if you can find one. 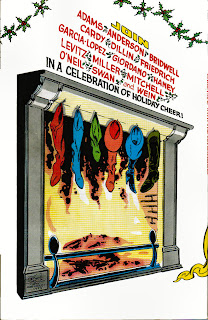 Posted by David Robertson at 3:20 PM No comments: 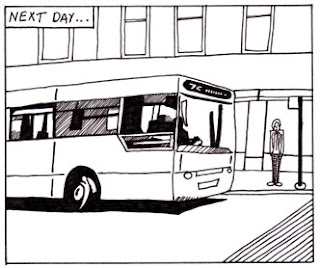 ...can now be accessed here.
Posted by David Robertson at 12:15 PM No comments:

Clearing out the loft, I came across these again recently. Bubblegum wrapper inserts given to me in 1986 by visitors to France.

I still think they're really nice... 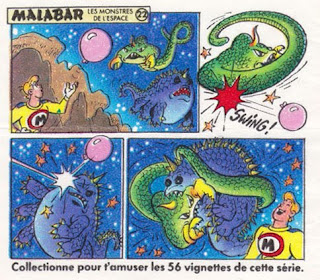 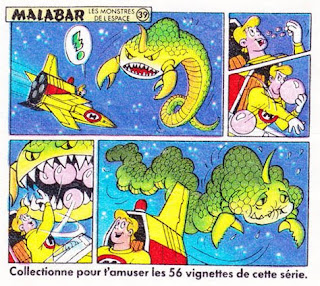 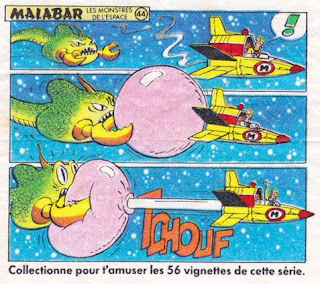 Email ThisBlogThis!Share to TwitterShare to FacebookShare to Pinterest
Labels: Malabar

Have a read of my whohub interview here.
Posted by David Robertson at 9:21 AM No comments: 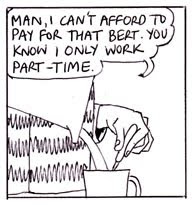 In 1987, Chris Claremont and Marc Silvestri brought the X-Men to Edinburgh. Dazzler, Rogue, Psylocke and Longshot had a big fight with Juggernaut on Princes Street... 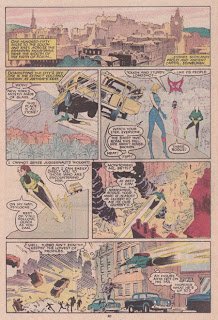 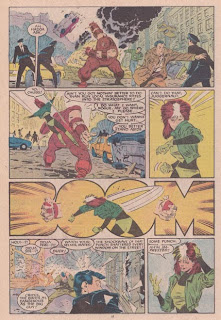 At the time, I liked Silvestri's art. There was a certain lack of weight to everything and it all looked dashed off, but it was different. In retrospect, it was the first of the "Image" style of art I'd come across.

I like the cheeky Doctor Who reference on this next page. Also the mention of Captain Britain, at this time a Marvel UK character that the US comics ignored almost completely. Claremont was already writing towards his later Excalibur series, which featured Captain Britain prominently. 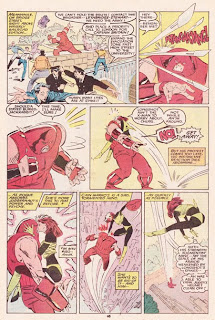 Next, we have some locals having a chat after the X-Men have sorted out Juggernaut. 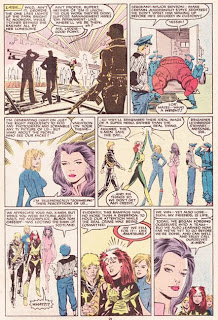 Just for the hell of it, here is the cover. It's a goodie. 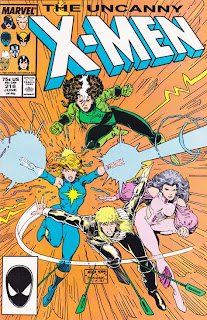 It was good to see Art Adams draw Longshot again - I liked the original series drawn by him.

A few months after this X-Men issue, Colossus visited Edinburgh. This story had a nice personal touch for me. More anon...
Posted by David Robertson at 1:42 PM No comments:

Wow. Something really was going on at Borders. I observed they were pretty switched on regarding comics, i.e. a decent graphic novels section, stocking Crikey! magazine, and US Marvels. I then saw that they had Nickelodeon Magazine on sale too. 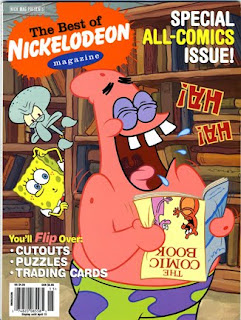 Over the years, I’ve read online on various bulletin boards people discussing this kid’s comic based on the TV cartoons of Nickelodeon, and how it features a lot of top notch cartoonists including Nick Bertozzi, Sam Henderson, Kaz, James Kochalka, Roger Langridge, Jason Lutes, Brian Ralph, Scott Roberts, Art Spiegelman, Jay Stephens etc. Really a ludicrously good roster of people, and many more too. But this was the first time I’d seen it in the flesh, as it were, and so I was all set to write it up, when news of Borders going into administration appeared. It’s a great shame.

Then I saw yesterday they are even stocking Dodgem Logic, Alan Moore’s new magazine! 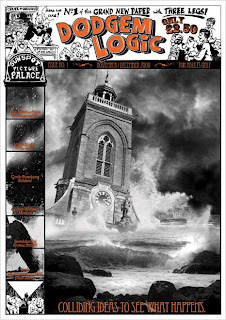 I hope something can be sorted out, because someone at Borders really knows their stuff and is making a good effort to get in quality stuff.

Posted by David Robertson at 12:16 PM No comments: