I’ve been looking forward to this book for months. It’s a collection of odds and ends. 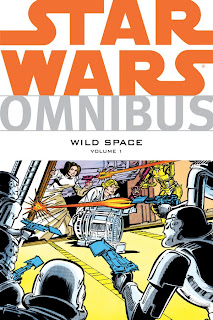 Back in the 70s and 80s Marvel UK reprinted Marvel US comics. They generally did so in black and white on a weekly basis instead of monthly, and hence used up more of the material than was being produced.  For Spider-Man and the Hulk and the other heroes, there was a ten year backlog of comics, and so this wasn’t going to cause a problem any time soon. For Star Wars though, there was a problem, and so Carmine Infantino got to work pencilling, with two inkers alternating to get the stuff produced more quickly. The result was that uniquely, Star Wars Weekly was printing the stories before they were appearing in the US comics. The Marvel US comics are the reprints. 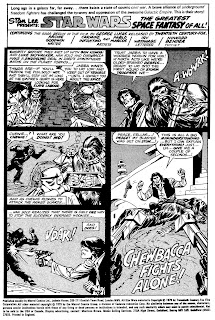 By the time The Empire Strikes Back movie was released in 1980, there were a good few stories that were just dropped from the Marvel US schedule. I didn’t realise the extent , and was surprised that so many are therefore seen as obscure.
Also from Marvel UK are a series of original comics produced in the UK by creators such as Alan Davis, Alan Moore, Steve Moore, John Stokes, etc. Some of these were already reprinted in the 1990s by Dark Horse in colour, and are presented as such here. With these stories, original covers like this one by Alan Davis aren’t included in the book. 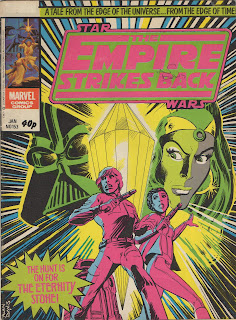 A cheeky thing to note is that although Dark Horse are not hiding altogether that these are Marvel Comics, they have gone to the trouble of whiting out “Stan Lee Presents…” from the start of every chapter and replacing it with “Lucasfilm Presents…”
Of note too are Blackthorne’s 3D comics, published between the 1986 cancellation of Marvel Star Wars and the 1991 Dark Horse series starting up. All three are here, starting with the “Tenth anniversary” #1. The 3D effects have been done away with, and it’s nice to look at these for the first time in 25 years without straining my eyes. I do miss the effect Blackthorne created for the camouflage net on these pages though. 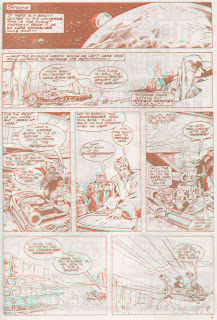 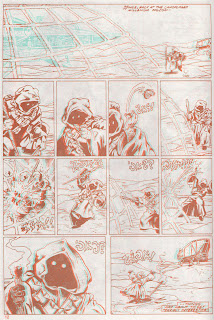 A lot of nice curiosities here, nice to have the Pizzazz magazine stories by Howard Chaykin and Tony Dezuniga, and Gary Erskine’s art is good clean fun too.
Posted by David Robertson at 4:40 PM No comments: