Batman's been to Scotland a couple of times. In 1953 he visited in a Detective Comics story by Star Wars: The Empire Strikes Back co-writer Leigh Brackett and Ed Hamilton. Bob Kane is credited, but who knows what he did on the story? As ever, click on the images for a larger view. 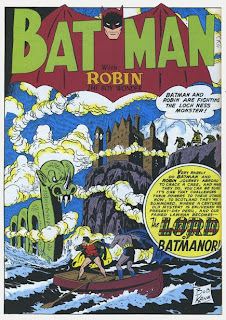 "Batmanor" is quite good, isn't it? I like that. 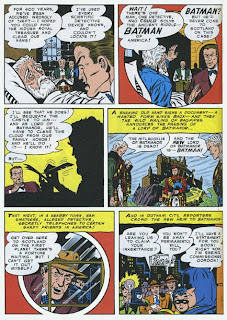 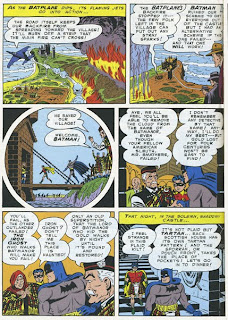 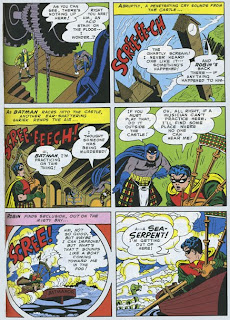 Robin has a go on the bagpipes and then it looks like the Loch Ness Monster appears.

Batman returned to Scotland in 1998. The Scottish Connection is written by Alan Grant, so no dodgy Scots accents. Nice artwork by Frank Quitely. Look at the Forth Rail Bridge page. 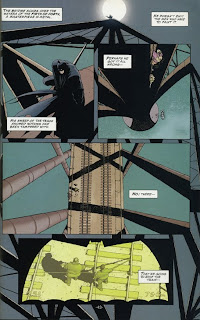 Batman doesn't wear his tartan this time, but he does fight a kilted weirdo. 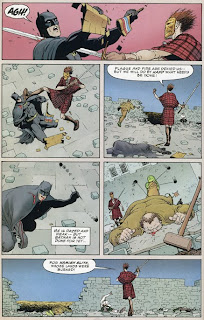 Grant reveals that Batman is part Scottish in this story. 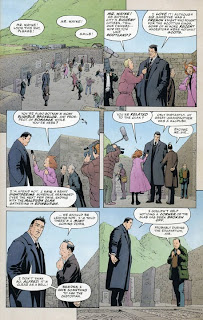 These stories have recently been reprinted. The Lord of Batmanor is in "DC Comics Classics Library: The Batman Annuals Volume One". The Scottish Connection is in "Batman International".
Posted by David Robertson at 12:34 PM