Dean Haspiel is a talented cartoonist operating out of New York. He grew up reading Stan Lee and Jack Kirby's Fantastic Four, later discovering autobiographical comics by the likes of Harvey Pekar. His work now displays elements of the fantastic and the personal, mixed through with a romantic philosophy on love and life. I like where he's coming from. He draws like a demon too... 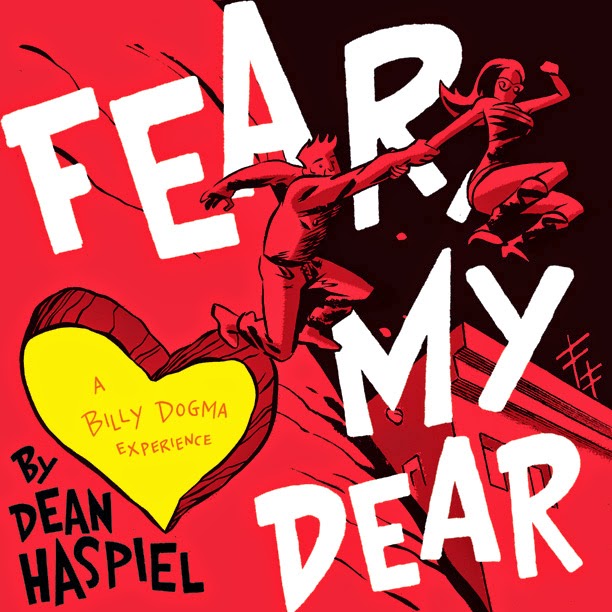 David Robertson: Tell me about Billy Dogma's character and his publishing history including the new book Fear, My Dear.

Dean Haspiel: Billy Dogma and Jane Legit are a spaghetti western-inspired, modern day Spencer Tracy and Katherine Hepburn romance. Two love titans whose hearts crave each other, so much so, their rock 'em sock 'em passion betrays a spark of hope that love can save the world.
I created Billy Dogma in 1995 and it was first published as a black & white comix strip in The NY Hangover, an east-village newspaper. Soon after, Billy Dogma appeared in Keyhole, a 2-man comix anthology I did with Josh Neufeld, and a 3-issue Billy Dogma series, published by Millennium cum Modern Comics. Later, Billy Dogma stories appeared in Daydream Lullabies, Boy In My Pocket, and Aim To Dazzle, published by Top Shelf & Alternative Comics. Then, in 2006 & 2007, I published a couple of epic Billy Dogma stories called "Immortal" and "Fear, My Dear," for the webcomix collective, ActivateComix.com, that I recently remastered for the Fear, My Dear graphic novel published by Z2 Comics, coming out this April. Fear, My Dear is my love letter to the insanity of love. I intend to self-publish another Billy Dogma collection (via Hang Dai Editions), featuring comix I did in other anthologies and at TripCity.net, plus new material.

DR: How was working with Harvey Pekar on American Splendor? What did you learn drawing his stories?

DH: Collaborating with Harvey Pekar was a unique experience. Limiting in one way as there was never room to alter the pace of his carved-in-stone words but quite challenging in another way wherein I had to excavate the narrative gold from his dialogue. There's only so much inspiration you can derive from a talking stick figure so the artist truly becomes the co-author in comix terms. Not only did I become a better visual storyteller but I also learned to listen. A lot of what Pekar wrote came from his ability to listen to the people around him so that we could "hear" them, too, in his comix. I miss Harvey very much.

DR: I’m interested in the work you’ve done with regards to fostering a sense of community between cartoonists. Can you talk a bit about the studio you work in, and the online and/or any other real world projects you’ve been involved with?

DH: I've had the desire to be part of a comix community ever since I first learned of the Hollywood "Rat Pack" and read about the legendary "Marvel Bullpen" in Stan Lee's Soapbox columns (which turned out to be more a fantasy than fact, for shame), coupled with the year (1985) I spent working as an assistant at Upstart Studios in the garment district of Manhattan to cartoonists Howard Chaykin, Walter Simonson, and Bill Sienkiewicz. I remember fondly my subscription to The Comics Buyers Guide and the days of getting new comic books once-a-week at my local comix shops: West Side Comics, Funny Business, Forbidden Planet, Rocketship and, nowadays, I still make the occasional trek to JHU Comics. When I finally decided to take a leap of faith and work full-time freelance as a cartoonist it was a lonely time, drawing in my Brooklyn apartment. Luckily the internet invented blogging platforms and I took advantage of that to create ACT-I-VATE, a webcomix collective on Live Journal, which became a virtual studio until some of us decided to rent brick-and-mortar space in Brooklyn and form DEEP6 Studios for 3-years. Later, I formed Hang Dai Studios and experimented with an online salon called TripCity.net. Hang Dai is where I currently make my comix among a good mix of artists and writers and I don't know that I'd ever want to work alone again. The different energies of various artists engenders new ideas, sparks spirited dialogue, and fuels the will to create in the face of crippling economics and ornery business practices. We share information, uplift our fellow cartoonists, and fight the good fight, together.

DR: I want to take you back to those early days in the 1980s. Please indulge me; at the time I was an avid reader of the Keith Giffen/J.M DeMatteis Justice League comics, and the first time I saw your work was when you drew a “bonus book” for that series. What do you remember about how that job came about? 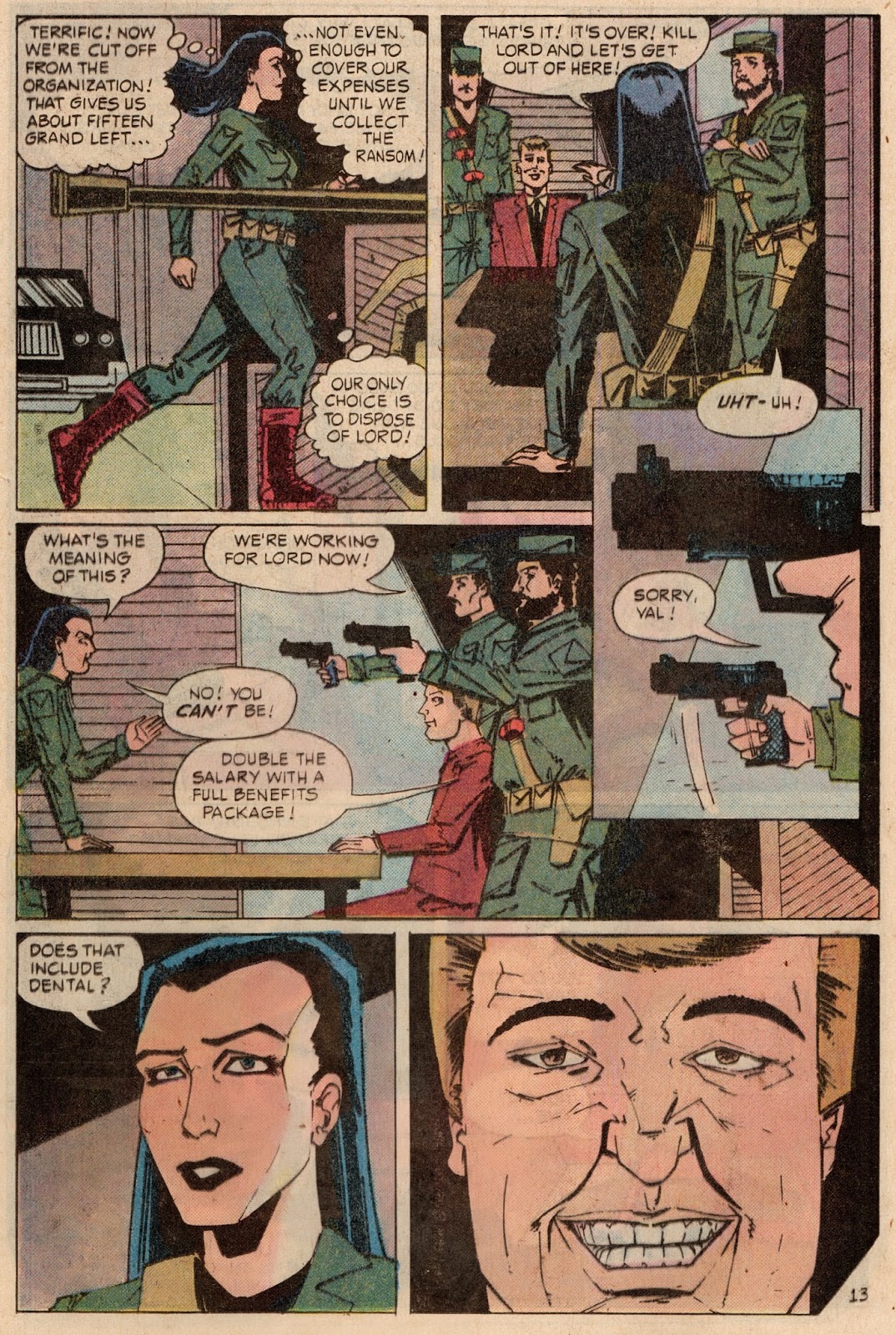 DH: I cherish those classic J.M. DeMatteis/Keith Giffen/Kevin Maguire Justice League comics and I just had the honor of collaborating with JMD on The Fox #5! Otherwise, I can't stand what I did on that "Maxwell Lord" Bonus Book featuring Booster Gold and Blue Beetle. In fact, I have a hard time with most comix I do within a year of their publication but I can't let the perfect get in the way of the good. Anyway, I was discovered by DC Comics editor, Joe Orlando (formerly of EC Comics/Mad Magazine/Creepy fame) and he liked what I did on The Verdict mini-series that I drew and co-created with writer Martin Powell for Eternity Comics. Joe recruited and hired me to pencil a Bonus Book for Detective Comics. He was a great cartoonist in his own right, as well as a kind editor, but what I drew didn't come out very good. I knew then that I wasn't ready for prime time. Hell, I'm still not ready for prime time. Anyway, I figured I blew my one chance and DC would never call me back and I started drinking a lot of 40 oz. bottles of Olde English 800 while drawing my Tommy Rocket comix strip for The Load, the college newspaper at SUNY Purchase I was attending at the time. Somehow, Joe took a liking to me and I got a second shot at drawing another Bonus Book only it was for Justice League International and I was asked to pencil AND ink the story. I felt I could redeem myself and I penciled the story as best as I could and then I fell off the college library, a three-story building, breaking both my legs (my left ankle/heel and right knee), tore the ligaments in my right drawing hand and bent the bottom of my spine. DC Comics gave me a little grace period to start my slow recovery process but, deadlines are deadlines, and I wound up inking that comic with a broken hand while sitting in a wheelchair. I didn't work for DC Comics again until editor Dan Raspler hired me to draw a Dr. Fate pin-up.

DR: Wow, I had no idea. You mentioned The Fox. Tell me about that series and any other projects you have in the pipeline. 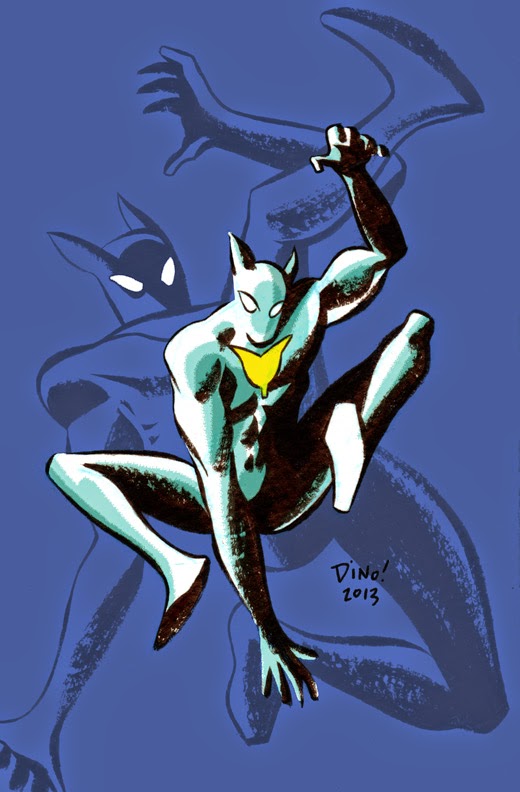 DH: I just finished a 5-issue The Fox mini-series called "Freak Magnet" for Archie/Red Circle Comics. It was co-written by Mark Waid and J.M. DeMatteis and colored by Allen Passalaqua and lettered by John Workman with a Shield back-up feature drawn by Mike Cavallaro. My favorite superhero collaboration to date. I'm currently drawing a Batman '66 story written by my pal Gabe Soria for DC Comics while developing the story for the next Fox mini-series that I'll probably start drawing in mid-April. I'm also drawing a Little Nemo comic for Locust Moon Comics and preparing to self-publish some new comix via Hang Dai Editions while hyping Fear, My Dear: A Billy Dogma Experience. 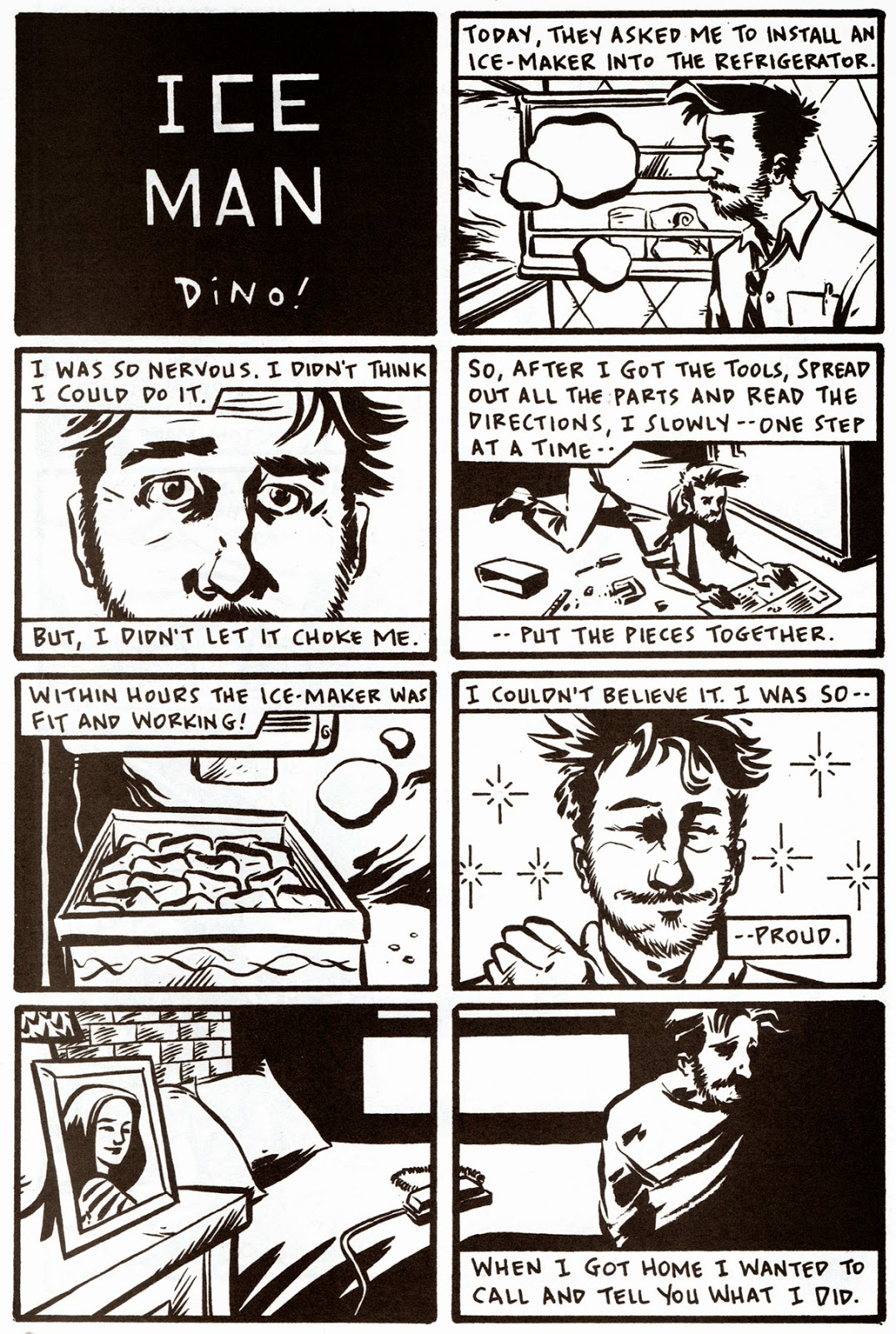 Posted by David Robertson at 2:55 PM