A wee run through what I've been up to this year.

In January, my webcomic "Bell Time" continued at the Redbird Review site, with pages 4 and 5 going online.

I also got involved with Dundee Comics Creative Space, which means I use the studio space and also facilitate comics workshops with 11-17 year olds. 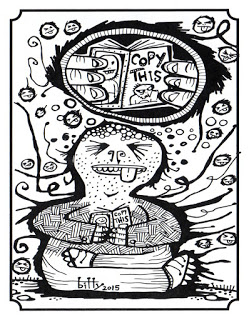 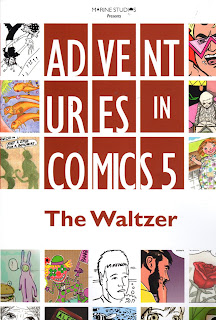 In February, the latest Adventures in Comics #5 came out, with a two pager from me called "Why, Waltzer Man?" 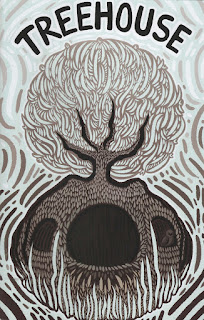 Treehouse #8 was released in March, containing "A Book with Death in the Title" part 2 and "Birthday Wish". I also appeared on the inaugural episode of the Treehouse podcast, available here.

Page 6 and 7 of Bell Time went up at Redbird Review.

I drew a picture based on David Bowie's Jump They Say which was included in an exhibition in Soho, London. 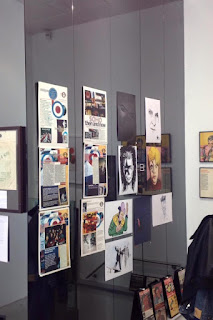 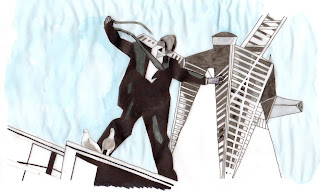 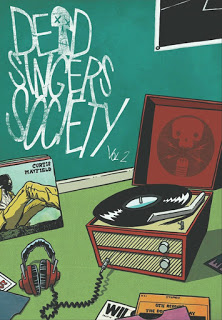 In June, I had a story called "Stay Alive", a tribute to Stuart Adamson of Big Country, in the second edition of Dead Singers Society. 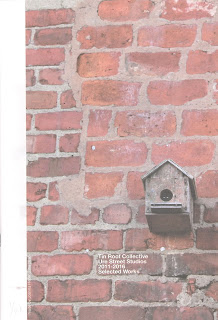 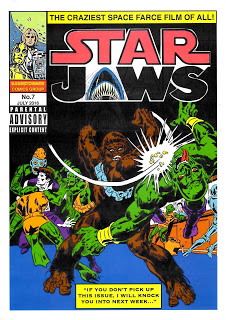 "My Troubles with Men" appeared in Star Jaws #7. 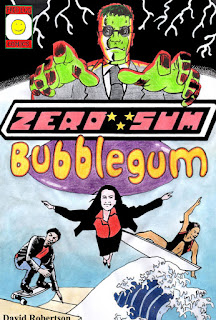 My latest comic book Zero Sum Bubblegum was released at the end of June. Still available for £3 here. 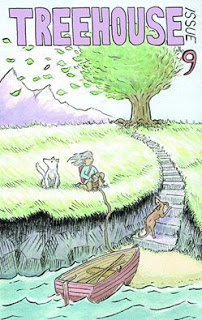 Treehouse #9 came out in July, with my stories "I Live with a Killer", "No-One is Keeping Score" and "Death Bed Farewell". 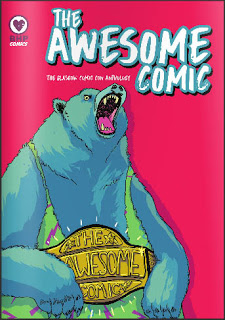 Glasgow Comic Con produced an anthology this year. I had a story called "Rights & Responsibilities" in the digital version here.

The Dundee Comics Creative Space workshops continued, with a series of newspaper style strips which were collected here. There was also an interview with me, published here.

I wrote a wee article on how much I enjoy Fraser Geesin's "The Cleaner: Man of Destiny" for the Broken Frontier comics website. Have a read here. 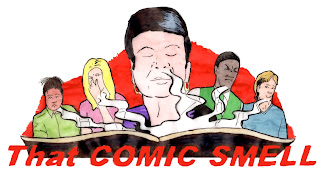 In August a new podcast called That Comic Smell, with Giuseppe Lambertino, Fernando Pons, Tom Stewart and myself began. The first episode's theme was The Incredible Hulk. Listen here. 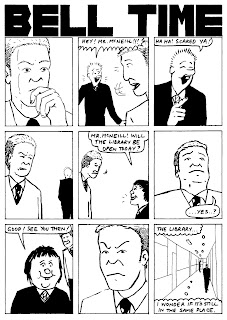 Pages 11-15 of Bell Time were published at Redbird site. I've enjoyed this project, sticking to doing a new page of the 56 page story once every three weeks has been a great discipline in among all my other comics projects. There's another due tomorrow - page 22. 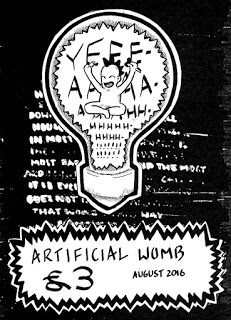 An ode to the madness that is "Hoovering" appeared in Artificial Womb #13. 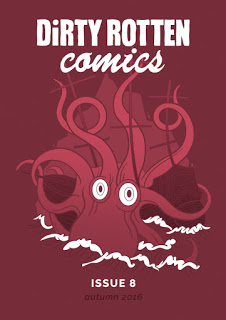 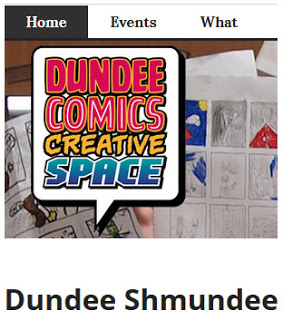 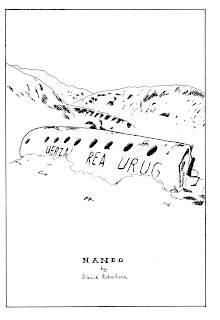 I began studying the MLitt Comics and Graphic Novels post graduate course at University of Dundee. One of the modules is "Creating Comics" and as part of that I began work on a new twelve page comic called "Nando". A blog to show the work on the comic is here. 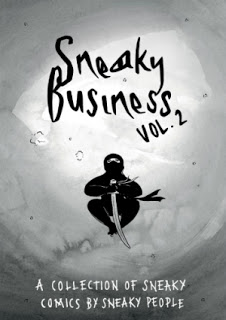 Sneaky Business #2 was published and featured my story called "FB-Out!" 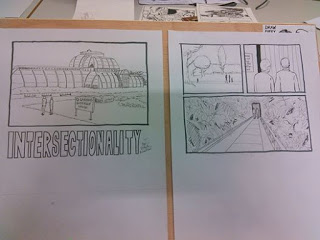 In October, I took part in 24 Hour Comic Day, making a story called "Intersectionality". I did a write up of the event here. 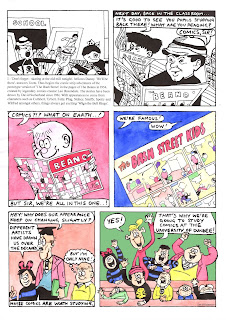 This parody of The Bash Kid Streets was done as part of an assignment for the comics course.

That Comic Smell episode 3 was a discussion of the Eisner Awards. 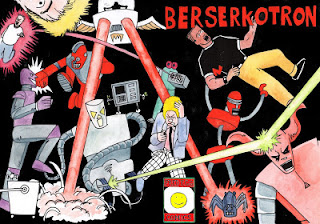 I put out a new comic -  a collected version of my first two minicomics Berserkotron 1 & 2. It also features a new ten page "making" of section. Available here.

The Ink & Pixels exhibition ran throughout October and November, featuring my story "Silently Falling", and covers for Berserkotron and Treehouse #7.

In time for Halloween, That Comic Smell discussed horror comics.

I entered a story called "Pezz" to the Thought Bubble Comic Competition this year. It went on display at Leeds Library. Have a look at it here in a write-up of this year's Thought Bubble. 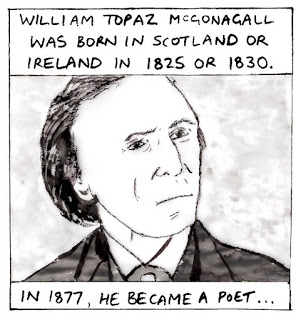 I wrote another bit for Broken Frontier, this time on Jack Teagle here. 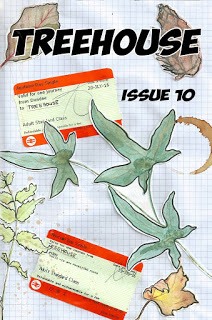 Treehouse #10 was released in time for Thought Bubble con in Leeds. I had a few stories in this one; "I Live with a Killer 2, "Shopping for Tuna" and "Live Every Day Like it's Your Last". 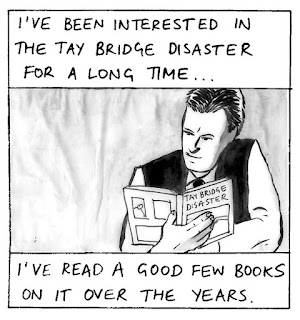 That Comic Smell episode 5 discussed Love and Rockets. There was also an "extra" podcast 5.5 here.

I was a guest on Ari Brin's science fiction podcast Novum. Have a listen here.

I did two more comics as part of assignments for the comics course: X-Dudes and Rodolphe Topffer's Reverie.

Last but not least, That Comic Smell did a Fred Egg Comics special.

I have some comics plans up and running for 2017, including a project for Jack Kirby's 100th birthday, a cartoon for the next Copy This!, new strips for a forthcoming Star Jaws issue, Dundee University's H.G. Wells comic, Dithering Doodles and the next Treehouse, as well as continuing the Bell Time and Dundee Shmundee strips, and more study on the Comics MLitt course.

Have a great new year, everyone!

Posted by David Robertson at 3:57 AM