I had a nice surprise this week. I won second prize in the Dundee Comics Prize for 2017.

My entry was a comic story called Jonathan Swift: “I am a Fraud”, which is in the new anthology, called Swift at 350.

Here's a preview of my six page story: 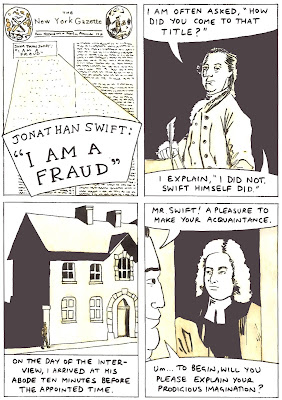 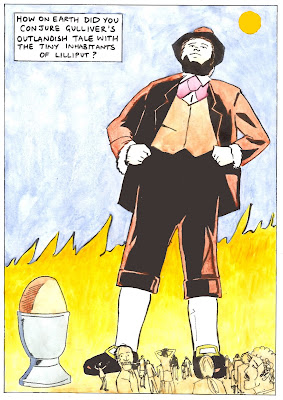 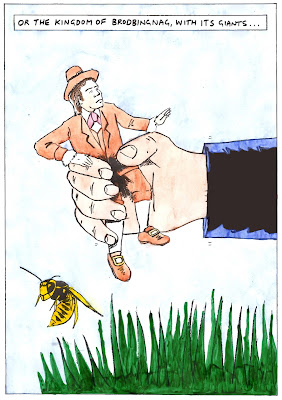 
Thanks to the organisers and judges, and well done to Colin, who won first prize.
Posted by David Robertson at 3:13 PM