I had a good time this week taking part in the Gosh! Comics / Broken Frontier Drink and Draw. 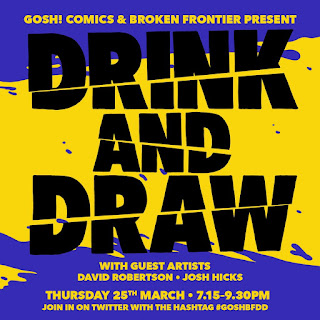 The fun began a couple of days before when I provided a prompt drawing to present to the group. 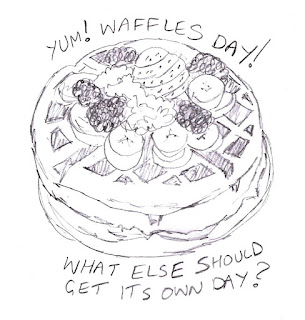 The participants in the group, and online at Twitter, drew a picture based on the prompt. I had to judge this round and pick a favourite!

After that, came another two rounds chosen by others. The second was "Wholesome Violence" from Josh Hicks, and the third was from Andy Oliver - "That Comic Smell".

As @thatcomicsmell was tagged in the original tweet, all the drawings that were posted sent multiple notifications to Tom (from That Comic Smell)'s phone. He didn't know what was happening for a minute there!

I had a great time, and it was nice to meet (sort of) new friends in the comics community.

Posted by David Robertson at 3:36 PM